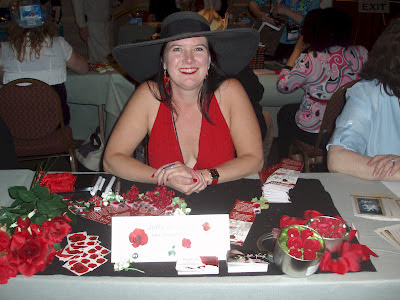 Since then, I've discovered a few things:

1. It's a pain to have a pen name.
2. Because Petals & Thorns continues to do well and be recommended, I really wish there was a better connection to my Jeffe Kennedy books.
3. Writing sex is writing sex and there just isn't the divide that I thought there was.

Still, regardless of plot arc, sex scenes all serve a similar purpose. An idea that emerged during our week-long discussion of writing action scenes. An effective sex scene should be no more a blow by blow than an action scene should. It's not all "insert tab A into slot B" as some literary writers have snarkily pronounced. (That kind of talk always makes me want to take the person aside and gently inquire as to whether maybe they're missing the point.)

Sex at its most brilliant, in both fiction and reality, is about the coming together of human beings. It's one of the few ways we can reach out of these fleshy shells that encase us and actually merge with other human beings. Sex scenes show how where the characters hold their emotional boundaries - and when they relinquish them. Through sex, the characters reach into each other, intertwine, deepen intimacy and understanding. Characters can express things to each other through sex that they can't articulate.

I think those things hold true, regardless of how detailed the sex is, or the overall arc of the story.

Tab A in slot B, indeed.