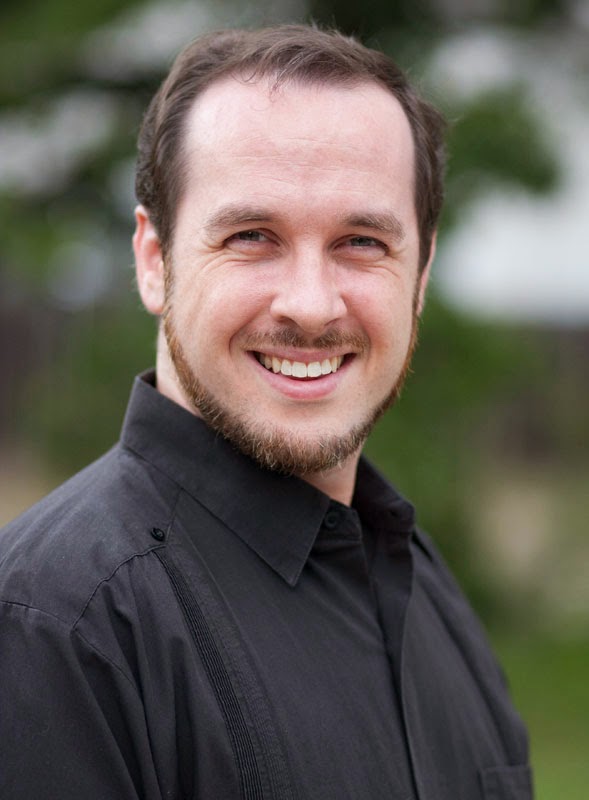 I am a fantasy & science fiction writer, as well as a playwright, living in Austin, Texas. I grew up in upstate New York, just outside of Syracuse, where I spent a fair amount of my time reading Asimov, Heinlein, Tolkein, Eddings, playing a significant amount of role-playing games, and watching Star Trek far more times than could possibly be healthy. Fantasy and science-fiction sank into my blood. I was also addicted to being on stage, and developed a deep, life-long passion for theatre.

I went to Penn State for college, getting a degree in Film and Video Production. I also was a key, founding member of No Refund Theatre, a student theatre group that is still going strong at Penn State. After graduating, I eventually found my way to Austin, where I became deeply involved in the theatre community. I struggled as an actor, muddled competently as a director, lost my shirt as a producer-- but found a voice as a playwright. My real drive, however, was to write fantasy and sci-fi novels. After several failed attempts, I finished my first fantasy novel. It was absolutely terrible, and I've shoved it deep into a drawer. But that didn't stop me, and I've kept cranking out more novels ever since.

I live in South Austin with my amazing family-- my wife teaches Spanish with Live the Language, and my son is an artist whose talent never ceases to amaze me. 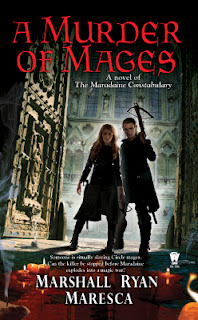 A Murder of Mages
A Novel of the Maradaine Constabulary

A Murder of Mages marks the debut of Marshall Ryan Maresca’s novels of The Maradaine Constabulary, his second series set amid the bustling streets and crime-ridden districts of the exotic city called Maradaine. A Murder of Mages introduces us to this spellbinding port city as seen through the eyes of the people who strive to maintain law and order, the hardworking men and women of the Maradaine Constabulary.

Minox Welling is a brilliant, unorthodox Inspector and an Uncircled mage—almost a crime in itself. Nicknamed “the jinx” because of the misfortunes that seem to befall anyone around him, Minox has been partnered with Satrine because no one else will work with either of them.

Their first case together—the ritual murder of a Circled mage— sends Satrine back to the streets she grew up on and brings Minox face-to-face with mage politics he’s desperate to avoid. As the body count rises, Satrine and Minox must race to catch the killer before their own secrets are exposed and they, too, become targets. 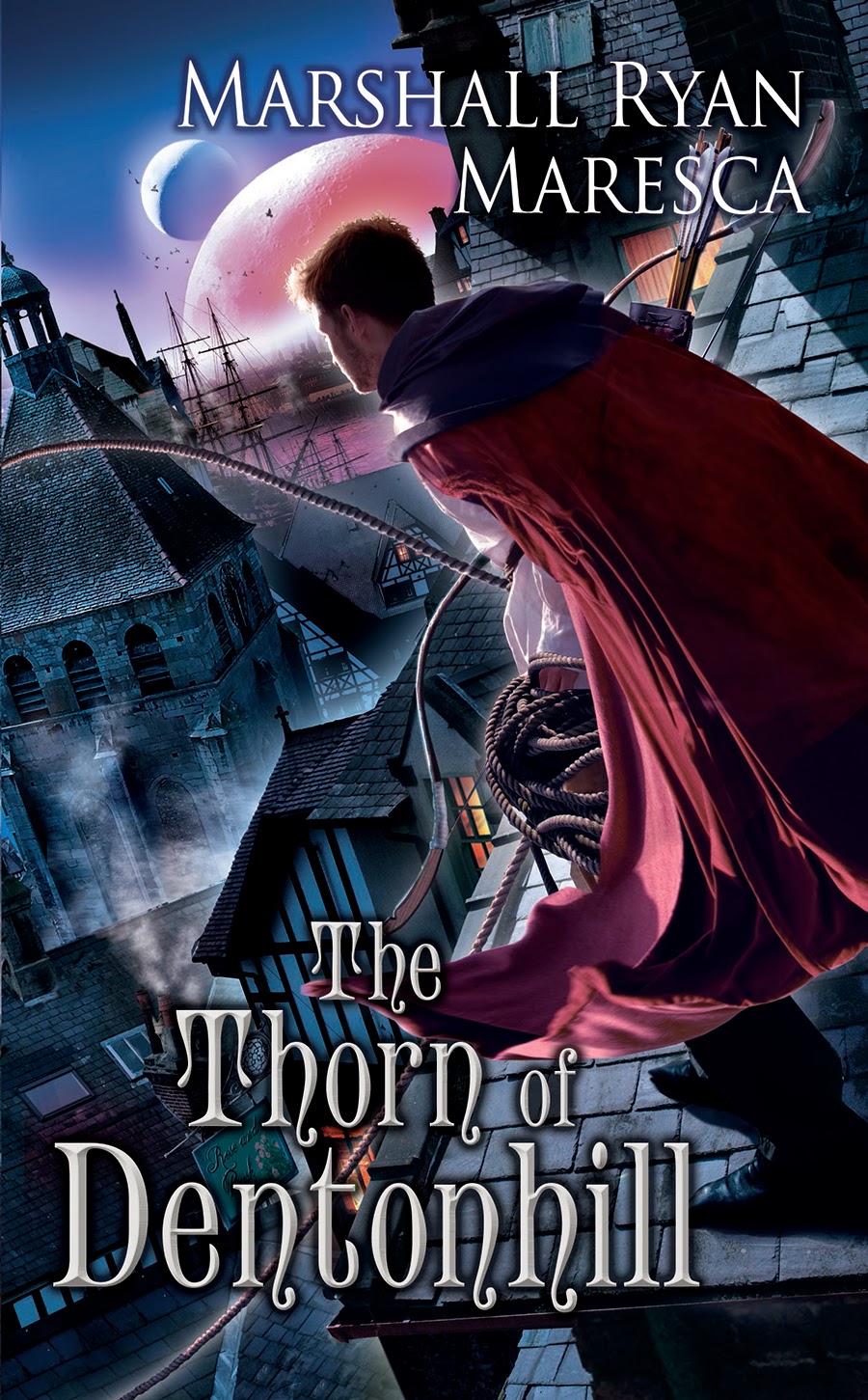 Veranix Calbert leads a double life. By day, he’s a struggling magic student at the University of Maradaine. At night, he spoils the drug trade of Willem Fenmere, crime boss of Dentonhill and murderer of Veranix’s father. He’s determined to shut Fenmere down.

With that goal in mind, Veranix disrupts the delivery of two magical artifacts meant for Fenmere's clients, the mages of the Blue Hand Circle.  Using these power-filled objects in his fight, he quickly becomes a real thorn in Fenmere's side.

So much so that soon not only Fenmere, but powerful mages, assassins, and street gangs all want a piece of “The Thorn.” And with professors and prefects on the verge of discovering his secrets, Veranix’s double life might just fall apart. Unless, of course, Fenmere puts an end to it first.

K.A. Krantz
Fantasy Author.
The Immortal Spy Series & LARCOUT now available in eBook and Paperback.
Subscribe to my newsletter to be notified when I release a new book.
Home
Subscribe to: Posts (Atom)