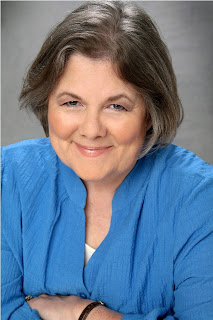 As soon as Veronica discovered science fiction at the age of seven, watching the movie “Forbidden Planet” on television, she started creating her own worlds, writing stories complete with alpha male heroes and strong heroines. ALWAYS a Happily Ever After! With a Dad who loved science fiction and a Mom who adored ancient history, it’s no wonder Veronica writes both SF romance set in the far future and paranormal romance set in 1550 BCE Egypt. The day job keeps her firmly anchored in the aerospace business realm doing complex contracting and process improvement (Lean Six Sigma anyone? Veronica has a Black Belt!), but even there she sees an occasional Mars rover. Two grown daughters, a lively grandson and two cats who believe it’s All About Them keep her busy when not writing like a mad pantser.. 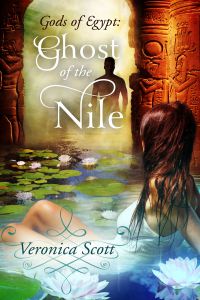 Ghost of the Nile
Gods of Egypt

Betrayed, murdered, and buried without proper ceremony, Egyptian warrior Periseneb is doomed to roam the gray deserts of the dead as a ghost for all eternity.

But then the goddess of truth offers him a bargain: return to the world of the living as her champion for 30 days. If he completes his mission, he’ll be guaranteed entry into Paradise. Periseneb agrees to the bargain but, when he returns to the living world, two hundred years have passed and nothing is quite as he expected.

Neithamun is a woman fighting to hang onto her family’s estate against an unscrupulous nobleman who desires the land as well as the lady. All seems lost until a mysterious yet appealing ex-soldier, Periseneb, appears out of nowhere to help her fight off the noble’s repeated attacks.

Meanwhile, Periseneb’s thirty days are rushing by, and he’s powerless against the growing attraction between himself and Neithamun. But their love can never be. For his Fate is to return to the Afterlife, and Death cannot wed with Life… 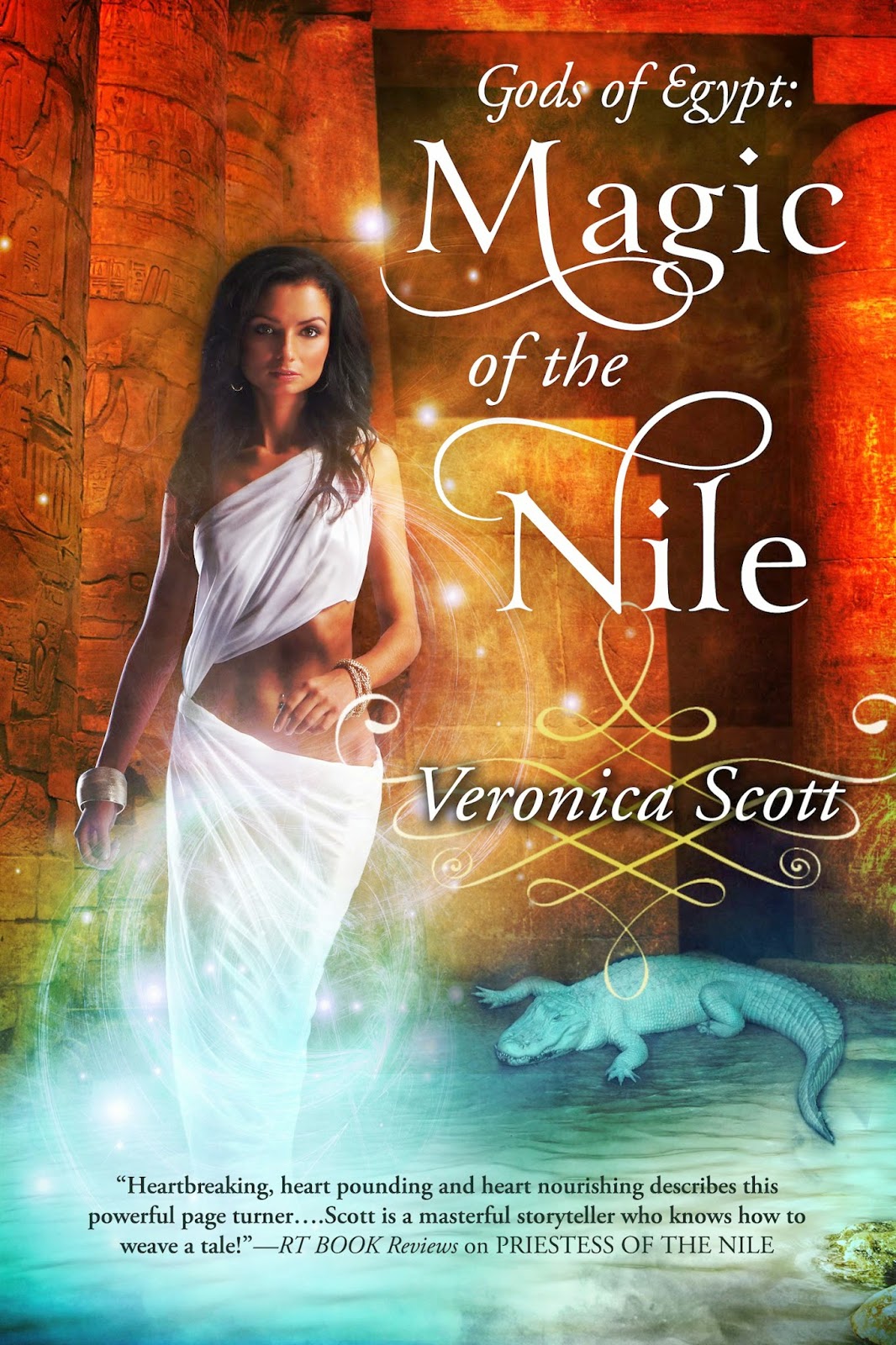 Magic of the Nile
Gods of Egypt

Scorned and ignored as a child by her family because of her crippled foot, Tyema was magically healed by Sobek the Crocodile God, then installed as the High Priestess of his temple. But Tyema is still haunted by her memories, scarred by the abuse she endured. Despite Sobek’s protection, as an adult she’s become a near recluse inside the temple grounds…

Until Captain Sahure arrives in her remote town, sent from Thebes on an urgent mission for Pharaoh, requiring High Priestess Tyema’s help. From that moment on, her quiet, safe life is upended in ways she never could have expected.

But after a whirlwind romance with Sahure, the two part as Pharaoh orders him to undertake another assignment on Egypt’s dangerous frontier, far from Tyema’s remote town.

Heart-broken, Tyema is ready to return to her life of loneliness, official duties and, now, regret. But the Crocodile God has other plans for his priestess: she must uncover the sorcerer who threatens Pharaoh’s life with black magic. Soon enough, Tyema finds herself thrown into the chaos of Pharoah’s court, neck deep in intrigue and danger. Just when she thinks she can’t take the pressures of a very public court life and her secret investigation for the Crocodile God any longer, Sahure re-enters the scene.

But is her former love there to help or to hinder? Can they resolve their differences and work together to find the dark sorcerer who threatens Pharaoh and Egypt? Will the love between a proud warrior and a shy priestess lead them to a future together? 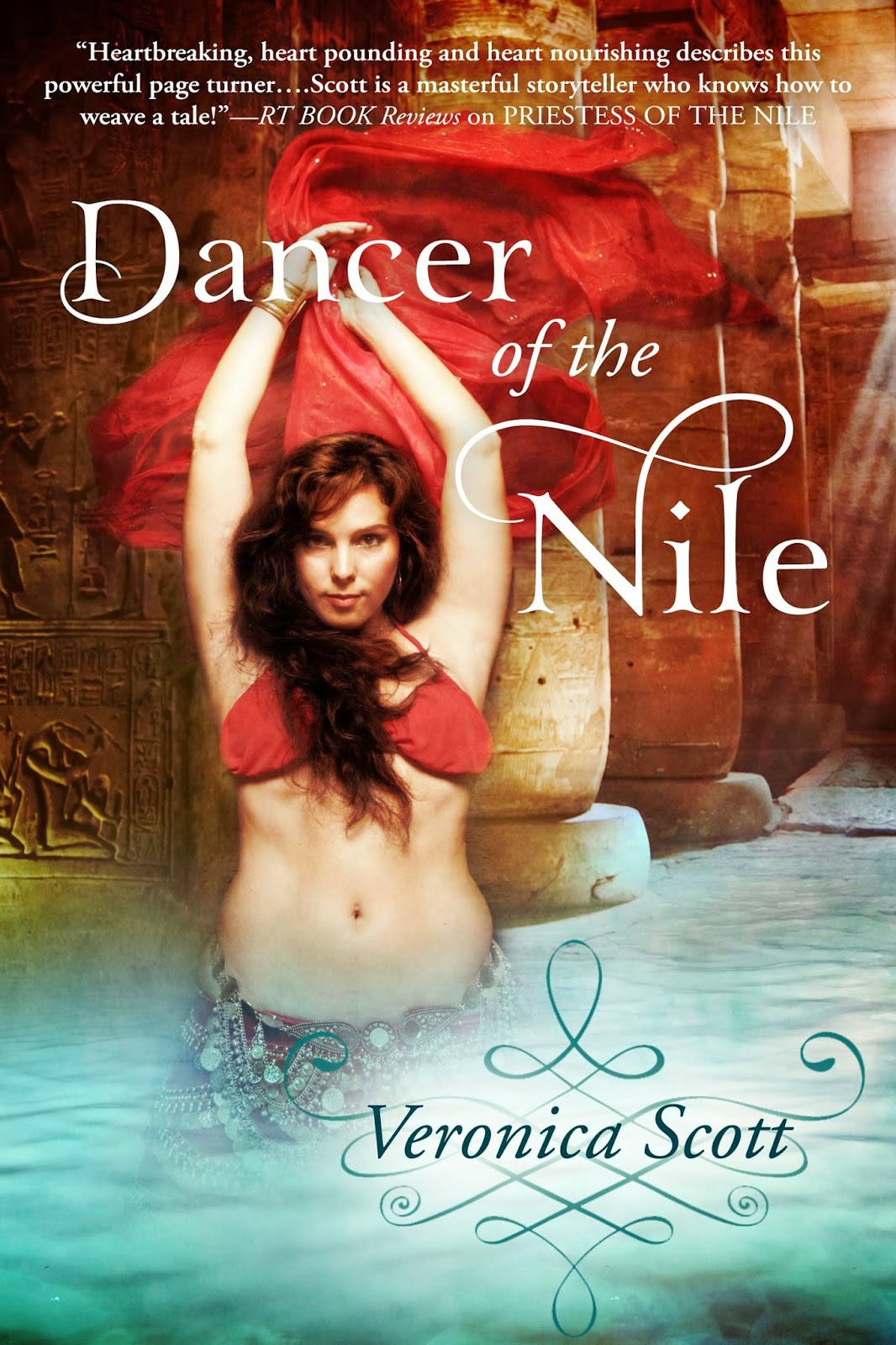 Dancer of the Nile
Gods of Egypt

Nima’s beauty and skill as a dancer leads an infatuated enemy to kidnap her after destroying an Egyptian border town. However, she’s not the only hostage in the enemy camp: Kamin, an Egyptian soldier on a secret mission for Pharaoh, has been taken as well. Working together to escape, the two of them embark on a desperate quest across the desert to carry word of the enemy’s invasion plans to Pharaoh’s people.

As they flee for their lives, these two strangers thrown together by misfortune have to trust in each other to survive. Nima suspects Kamin is more than the simple soldier he seems, but she finds it hard to resist the effect he has on her heart. Kamin has a duty to his Pharaoh to see his mission completed, but this clever and courageous dancer is claiming more of his loyalty and love by the moment. Kamin starts to worry, if it comes to a choice between saving Egypt or saving Nima’s life…what will he do?

Aided by the Egyptian god Horus and the Snake Goddess Renenutet, beset by the enemy’s black magic, can Nima and Kamin evade the enemy and reach the safety of the Nile in time to foil the planned attack?

Can there ever be a happy future together for the humble dancer and the brave Egyptian soldier who is so much more than he seems? 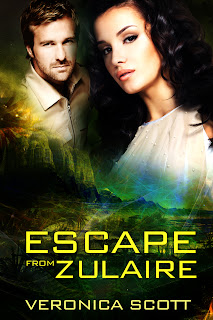 Andi Markriss hasn’t exactly enjoyed being the houseguest of the planetary high-lord, but her company sent her to represent them at a political wedding. When hotshot Sectors Special Forces Captain Tom Deverane barges in on the night of the biggest social event of the summer, Andi isn’t about to offend her high-ranking host on Deverane’s say-so—no matter how sexy he is, or how much he believes they need to leave now.

Deverane was thinking about how to spend his retirement bonus when HQ assigned him one last mission: rescue a civilian woman stranded on a planet on the verge of civil war. Someone has pulled some serious strings to get her plucked out of the hot zone. Deverane’s never met anyone so hard-headed—or so appealing. Suddenly his mission to protect this one woman has become more than just mere orders.

That mission proves more dangerous than he expected when rebel fighters attack the village and raze it to the ground. Deverane escapes with Andi, and on their hazardous journey through the wilderness, Andi finds herself fighting her uncomfortable attraction to the gallant and courageous captain. But Deverane’s not the type to settle down, and running for one’s life doesn’t leave much time for romance.

Then Andi is captured by the rebel fighters, but Deverane has discovered that Zulaire’s so-called civil war is part of a terrifying alien race’s attempt to subjugate the entire Sector. If he pushes on to the capitol Andi will die. Deverane must decide whether to save the woman he loves, or sacrifice her to save Zulaire. 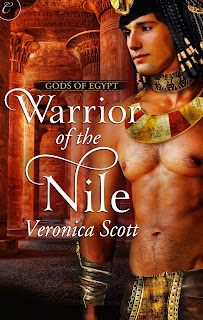 Warrior of the Nile
Gods of Egypt

Lady Tiya is bound to the service of the goddess Nephthys, who plans to sacrifice Tiya's body to protect Egypt from an ancient terror. She embarks to meet her grim fate alone but for the hardened warrior Khenet, who is fated to die at her side. Tiya's dreams of love and family now seem impossible, and Khenet, who is the last of his line, knows his culture will die with him. Struggling with the high cost of Nephthys's demands, both resolve to remain loyal.

Neither expects the passion that flowers when Tiya's quiet courage and ethereal beauty meet Khenet's firm strength and resolve. On a boat down the Nile, their two lonely souls find in each other a reason to live. But time is short and trust elusive.

Without the willing sacrifice of Tiya and Khenet, a great evil will return to Egypt. How could the gods demand their deaths when they've only just begun to live? 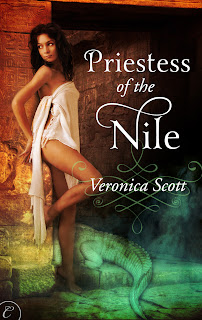 Priestess of the Nile
Gods of Egypt

Drawn to his abandoned temple on the banks of the Nile by an enchanting song, Sobek the Crocodile God is even more captivated by the sight of the singer herself. Appearing to her as a man, he learns she is Merys, a descendant of his last priestess. Though filled with lust, Sobek believes Merys deserves to be more than just his mistress. But the rules that govern the Egyptian pantheon forbid anything beyond a physical joining of a Great One and a human.

Merys is attracted to the handsome stranger, who arouses passions in her that no man ever has. But with no dowry and no hope of ever leaving her village, she dares not dream of the future—or love.

Sobek takes every opportunity to visit Merys, taxing his resolve to leave her pure. When he saves her life, their mutual desire must be sated. But can a love between a human and an immortal survive the ultimate test of the gods? 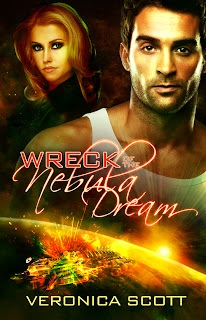 2013 SFR Galaxy Award Winner...
A reimagining of the Titanic disaster set in the far future among the stars...

Traveling unexpectedly aboard the luxury liner Nebula Dream on its maiden voyage across the galaxy, Sectors Special Forces Captain Nick Jameson is ready for ten relaxing days, and hoping to forget his last disastrous mission behind enemy lines. He figures he'll gamble at the casino, take in the shows, maybe even have a shipboard fling with Mara Lyrae, the beautiful but reserved businesswoman he meets.

All his plans vaporize when the ship suffers a wreck of Titanic proportions. Captain and crew abandon ship, leaving the 8000 passengers stranded without enough lifeboats and drifting unarmed in enemy territory. Aided by Mara, Nick must find a way off the doomed ship for himself and several other innocent people before deadly enemy forces reach them or the ship's malfunctioning engines finish ticking down to self destruction.

But can Nick conquer the demons from his past that tell him he'll fail these innocent people just as he failed to save his Special Forces team? Will he outpace his own doubts to win this vital race against time?