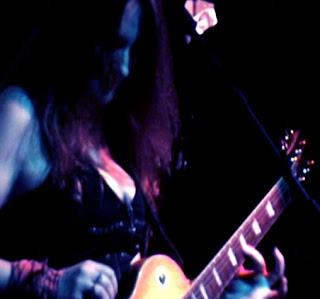 Linda Robertson is the author of the Persephone Alcmedi series for Pocket Books. VICIOUS CIRCLE was released in June 2009, followed by HALLOWED CIRCLE in December of that year. 2010 saw the June release of FATAL CIRCLE--making #36 on the Bookscan Fantasy Mass Market Paperback Top Fifty in its first week--and ARCANE CIRCLE in December. In 2011, WICKED CIRCLE was released, and in 2012 SHATTERED CIRCLE hit the market.

In college, she won the Florence B. Allen Writing Competition at OSU. This mother of four isn’t just a writer, however. This former graphic artist enjoys drawing and painting. She also plays piano and electric guitar, both six- and seven-string axes. Once upon a time she was the lead guitarist in a metal cover band.

A long-time fan of action movies, she’s no stranger to the sci-fi/fantasy genre, and claims to know more about Star Trek and Star Wars than is socially acceptable. She firmly believes it’s never a bad time to eat ice cream, and she thinks the best things in life are: stand-up comedy, Old Rasputin Russian Imperial Stout beer, an old pick-up truck that does doughnuts, and movie heroes who make loincloths look hot. 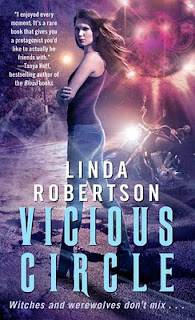 A girl's got to do what a girl's got to do....
Being a witch doesn't pay the bills, but Persephone Alcmedi gets by between reading Tarot cards, writing her syndicated newspaper column, and kenneling werewolves in the basement when the moon is full -- even if witches aren't supposed to mingle with wolves. She really reaches the end of her leash, though, when her grandmother gets kicked out of the nursing home and Seph finds herself in the doghouse about some things she's written. Then her werewolf friend Lorrie is murdered...and the high priestess of an important coven offers Seph big money to destroy the killer, a powerful vampire named Goliath Kline. Seph is a tough girl, but this time she bites off more than she can chew. She needs a little help from her friends -- werewolf friends. One of those friends, Johnny, the motorcycle-riding lead singer for the techno-metal-Goth band Lycanthropia, has a crush on her. And while Seph has always been on edge around this 6'2" leather-clad hunk, she's starting to realize that although their attraction may be dangerous, nothing could be as lethal as the showdown that awaits them. 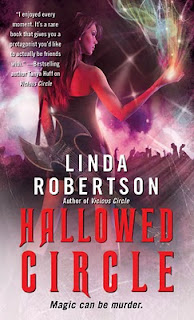 And you think beauty pageants are scary?
Persephone Alcmedi has been persuaded to compete for the position of High Priestess of the Cleveland, Ohio, coven -- now that the former priestess, Vivian Diamond, has strangely gone missing. Unfortunately, there are a few small problems with the idea. Not only does Seph know rather more about Vivian's disappearance than the other witches realize, but the epic struggle she's just survived has left her with some highly unusual powers -- ones that could be dangerous to reveal. Despite her reluctance, she agrees to participate, if only to prevent snooty Hunter Hopewell, an obnoxious but talented witch, from ending up in the winner's circle. Can Seph hide her secrets -- including her connection to the master vampire-wizard Menessos -- from the terrifyingly wise judges? Plus, there's her rock 'n' roll werewolf boyfriend, Johnny, and some angry fairies to deal with....

Once the competition begins, a finalist turns up dead. It looks as if one of the contestants is willing to do anything -- including murder -- to win. Suddenly Seph has even more on her plate than she thought: from solving a murder to working out what her new powers really are...and exactly why they're creating so much havoc in her love life. 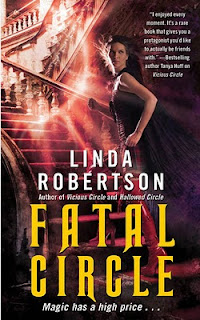 Destiny sucks. . . .
There was a time when Persephone Alcmedi thought her life was hard to manage, what with wondering how to make sure she took adequate care of both her grandmother and her foster daughter, Beverley, whether she’d end up in the unwanted position of high priestess of a coven, and whether her wærewolf lover, Johnny, would resist the groupies who hang around his band Lycanthropia.

But that was before the fairies started demanding that Seph’s frightening, unpredictable ally—the ancient vampire Menessos— be destroyed . . . or the world will suffer. Seph and Menessos are magically bonded, but that’s a secret she dares not reveal to her fellow witches lest they be forced to reject her and forbid her use of magic. And, despite the strain this casts on her relationship with Johnny, as a showdown with the fairies nears, she and Menessos badly need the wærewolves as allies.

Life, death, and love are all on the line, but when destiny is calling, it doesn’t help to turn away. With the individual threads of their fates twisted inextricably together, can Seph, Johnny, and Menessos keep the world safe from fairy vengeance? 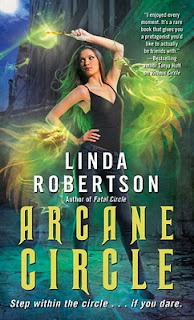 Even magic can’t solve everything. . . .
After facing down the forces of Fairy in mortal combat, Persephone Alcmedi still must deal with the aftermath. Not only does Seph now possess deadly secrets she must hide from the arcane and mundane world alike, but the dozens of magical creatures who’ve taken up residence behind her cornfield need food and shelter, and there’s still her foster daughter Beverly’s tenth birthday party to plan.

And that’s not all. . . . Seph’s boyfriend Johnny has revealed himself as the wærewolf Domn Lup, and the ruler of the wære world is en route from Romania to make sure Johnny really is the “king” he claims to be. But Johnny’s hiding a dangerous secret: his magic is locked in his mysterious tattoos. He and Seph must find a way for him to reclaim it—fast—despite those who have no intention of letting Johnny gain his full powers. Seph knows that, in the arcane world, strength is always a necessity and power must be constantly proven, but how far is she willing to go to succeed . . . and at what cost? 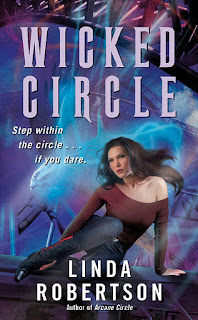 Is a little time alone with the man you love too much to ask?
Well, it may be—when you’re Persephone Alcmedi, Lustrata of the witches, and your lover is Domn Lup of the wærewolves. For once, however, the disturbance is not Seph’s foster daughter, Beverly, her wacky grandmother, or her newly rediscovered mother. This time, it’s the ancient and incredibly sexy vampire Menessos, bearing bad news: because the vampire council fears he is plotting a power grab, Menessos is being hunted by a trio of truth-seeking vampire sisters so dangerous they are usually kept locked in stone.His dreams imperiled, Menessos needs Seph more than ever . . . and she needs him.

Now, Seph has magical promises to fulfill for the wæres, multiple mundane family challenges to meet, vampire politics to confront . . . and into the bargain she’s balancing two sexy supernatural males. It’s enough to drive any woman insane, especially when you throw in a dragon and—even worse—a government investigator. As danger threatens, Seph isn’t sure she can stay alive for the rest of the day . . . let alone long enough to accomplish all that needs to be done. 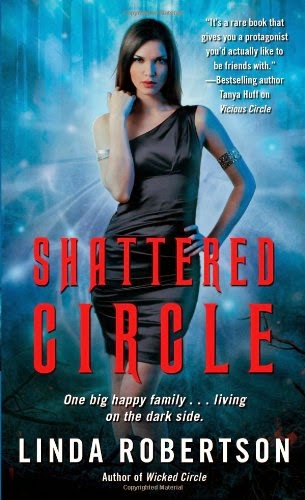 Just Your Average Mega Witch...
It’s tough being a modern woman, but Persephone Alcmedi has it worse than most. Being the prophesied Lustrata has kicked her career as a witch into high gear, and juggling a wærewolf boyfriend who is about to become king of his kind and a seductive vampire who bears her magical Mark isn’t easy either.

Still, Seph’s beloved foster daughter, Beverley, is causing more trouble than these two men put together. The young girl’s been playing with a magical artifact that’s far more dangerous than she realizes. Now Seph must summon help from a mystical being so potent that even vampires fear him . . . and the cost of his aid may be more than she’s willing to pay. Seph, Johnny, and Menessos face threats from all sides—and a few from within. Will the forces of destiny cement their tenuous supernatural union, or shatter it forever?