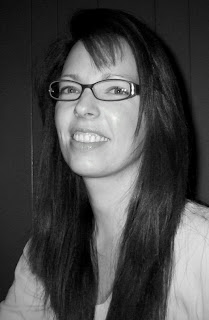 Blessed with a childhood rife with ogres, dragons, and castles, KAK revels in fantasies dark and epic. To her great horror, reality occasionally insists on domination. Attempts at a business degree sent her fleeing into the catharsis of a B.A. in Writing; however, aspirations for a steady income and an emerging shoe fetish turned her into a dot-com masochist, during which time a Master’s degree in International Commerce & Policy proved useful. Unable to resist the lure of creating alternate worlds, she bid farewell to the online communities she had nurtured via chat rooms, message boards, and dating services.


These days, she retreats to the amorphous realms of the elemental, the mystical, and the paranormal … until the Bairy Heast demands food, affection, and watering. When the voices of characters impatient for her undivided attention are temporary silent, KAK indulges in a stiletto obsession, tussles with paintbrushes, and pretends she has enough upper body strength to wield power tools. 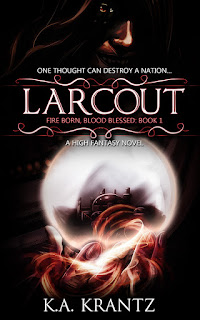 Blood-beings can be chattel or char.

Fire seethes through the veins of every Morsam, demanding domination and destruction. Combat is a hobby. Slaughtering the inferior blood-beings is entertainment. Life is a repetitious cycle in the prison fashioned by the gods. But mix-race abomination Vadrigyn os Harlo suspects the key to freedom lies with safeguarding the blood-beings; until her blood-born mother uses foreign magic to turn the Morsam against her. Betrayed, bound, and broken, Vadrigyn struggles against the dying of her essential fire. Yet the ebbing flames unleash the dormant magic of her mixed heritage…

The magic to destroy free will.

Seized by the gods and dumped in the desert nation of Larcout to stop history from repeating, Vadrigyn discovers her mother’s legacy of treason and slaughter still festers. To survive the intrigues of the royal court, the roiling undercurrents of civil war, and the gods themselves, Vadrigyn must unravel the conspiracy behind her mother’s banishment. But manipulating free will unleashes a torrent of consequences.

If she fails the gods, she will return to the Morsam prison, stripped of all magic and all hope.

If she succeeds, she can rule a nation.