Keeping It Real - How to Write Vivid Characters 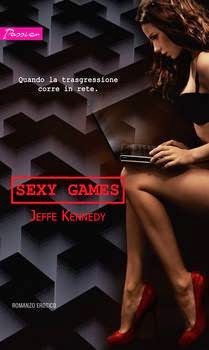 Surprise! GOING UNDER has been translated into Italian and is now SEXY GAMES over there. Don't you just love the cover? I want those shoes. Shouldn't I get to have them, as part of my contract?

This week at the Bordello, we're wrestling with a topic every writer fears - Character Cloning: How To Avoid Reusing the Voices, Mannerisms, and Bad Habits of Characters. At least, I hope every writer worries about this because falling into ruts like this can lead to a major decline in quality of the work. As a character-driven writer, I especially focus on making each character as unique as possible.

However, I'm not entirely sure how I do it.

I'm a very organic writer in many ways, and regarding characters most of all. My (perhaps overly simplistic) answer to how to avoid Character Cloning is to write characters as real people. But how do you do that?

Let me tell you a little story. I once took a directing class (as you do) and, for the final project, we staged one-act plays for real audiences over two nights. It was fascinating to listen in on conversations about the play I directed - because I was simply an invisible part of the crowd, people did not censor at all. What I learned was that at any point in the play where I had not been crystal clear on what was going on, what my two characters were thinking and feeling, the audience had been unclear. The actors simply relayed my ideas. The whole play became a kind of physical manifestation of my thoughts - both clear and muddy.

It's a kind of magic that I don't really understand. I just know it's true. And it works for characterization in books, too.

Jeffe's Tips for Keeping It Real


Trust in the magic.