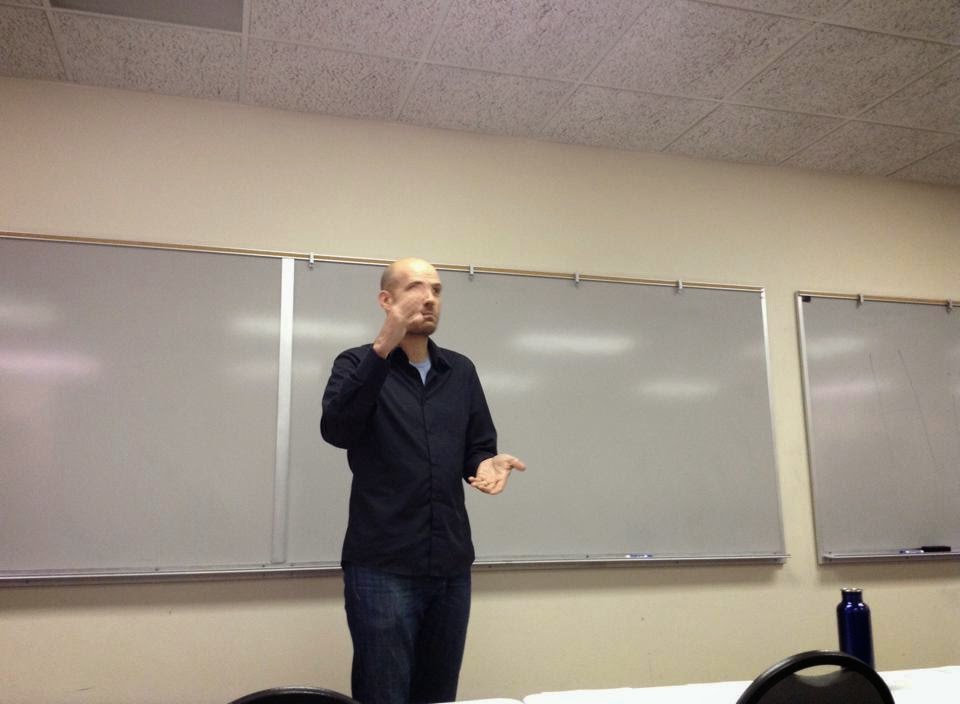 Yesterday, Chis Baty, founder of NaNoWriMo - or National Novel Writing Month for those not into hip blended terms - came to speak to my local RWA chapter, LERA. He started the annual event in 1999 with six friends. A fascinating story, about how it's grown to 400,000 participants and the huge role social media has played in that growth. For example, in the early days, writers would email him their word counts and he built progress bars manually with blocks of color.

At any rate, it was interesting to hear this history and recall that, in 1999, though we had the Internet, most people were not using it socially the way we are today. It makes this week's topic of Managing Your Online Presence: How, Where, How Often, Why Did You Choose the Platforms You Did? that much more apropos.

I've never been a first implementer on new tech - have never been the one to have to have the newest, snazziest thing - but, to my ongoing surprise, I tend to be a fairly early implementer. So here's a rough chronology of my online presence.

I started using A-1 Mail back in the late 80s, on my university server. Clunky and not terribly useful because so few people were on it. By the mid-nineties, however, Hotmail and some other free email services became available and I used them extensively to talk to friends and family. I might have been a driving force there, encouraging people to sign up so we could communicate.

I can't recall exactly when IM kicked in, except that it went more or less in tandem with increasing email use. I'm sure we were using it in the mid-nineties, playing with dressing our avatars, etc. This was even better than email, allowing for much more immediate daily contact.

I put up my first website in 2003. My first book - my essay collection, Wyoming Trucks, True Love and the Weather Channel - came out in March of 2004, so I had a website designed for that, with the JeffeKennedy.com domain name. Before that I'd had a website I made myself called BrightLynx.com, where I posted a lot of my experimental work and news of published essays and awards. It's too bad that these things predate even Google (I recall using HotBot as my favored search engine), so I don't think there's even a cache anywhere of these early sites. Too bad. I think I paid $1500 for that professional website and then maintained it myself.

A lot of people signed up for - or were co-opted - into Listservs long before I was. I kind of resisted those. And no one insisted I be on them. However, particularly when I joined RWA in 2008, I started learning to be part of email loops, first to take online classes and then to participate in my online groups like the Fantasy, Futuristic and Paranormal Chapter of RWA.

I started a blog in 2009. Long after many of my friends had started bugging me to do it, saying I'd be a natural. That original blog, Love, Power and Fairytale Endings, is still preserved forever (?) on Blogger and those posts have also been imported into my current blog on my website. My first blog post ever is here and kind of amusing to read. Word Whores was my first ever group blog (aww), which I helped Allison Pang start in 2011, along with sister original Word Whores Linda Robertson, Kristine Krantz and Marcella Burnard.

I joined in early 2009 when I started blogging, for the express purpose of pimping my blog posts. At the risk of going all nostalgic and glory days about it, Facebook was great fun back then. It was an explosion of rediscovering casual contact with all kinds of people I hadn't talked to in forever. I later capitulated and added my Author Page, because my publisher told me to. I'm still there, because there are so many people I wouldn't be in touch with otherwise, but every day I consider bailing...

(I should note here that I joined MySpace at the same time as Facebook, for the same reason. I don't recall making the decision to leave - my presence there just kind of faded away. Pretty quickly, too. I missed its glory days and never much liked it.)

It looks like I joined Goodreads in June 2010. It's not as easy to discern on there. Goodreads is still one of my favorite online places to be, particularly as I can track what I'm reading and it crossposts to Facebook and Twitter. I have great conversations over books, which has always been one of my very favorite activities.

I'm pretty sure Tumblr counts as my most recent online presence effort. Before you do any clicking, know that many of the pics are very explicit and sexy. I started Jeffe's Closet on a whim in March of 2013. I decided that, since I was looking at a lot of the pictures anyway, and I'd noticed that I preferred some people's collections far better than others, that I might as well make use of that time spent. I was nervous because I thought it might attract creepers. Instead I have a loyal following of people who love what I love. It's been amazing. Particularly when a famous author tells me stories about her senior citizen mother trolling my Tumblr. Makes a girl proud.

What I draw from this (not so brief) history is that my answer to the topic question, particularly Why Did You Choose the Platforms You Did? is that it happens pretty organically for me. I tend to do what I like doing and fall away from the stuff I don't like. MySpace, for example. More recently, I did get on Google Plus, because I was supposed to, but I rarely go there. This organic process makes sense to me because social media SHOULD be that way. It's an outgrowth of our human sociability. My online presence is really just another facet of my presence in the world. Where and how I choose to be online is much the same as where and how I choose to go hiking or to parties or even to the grocery store.