Book Contracts - The Good, the Bad and the WTF?? 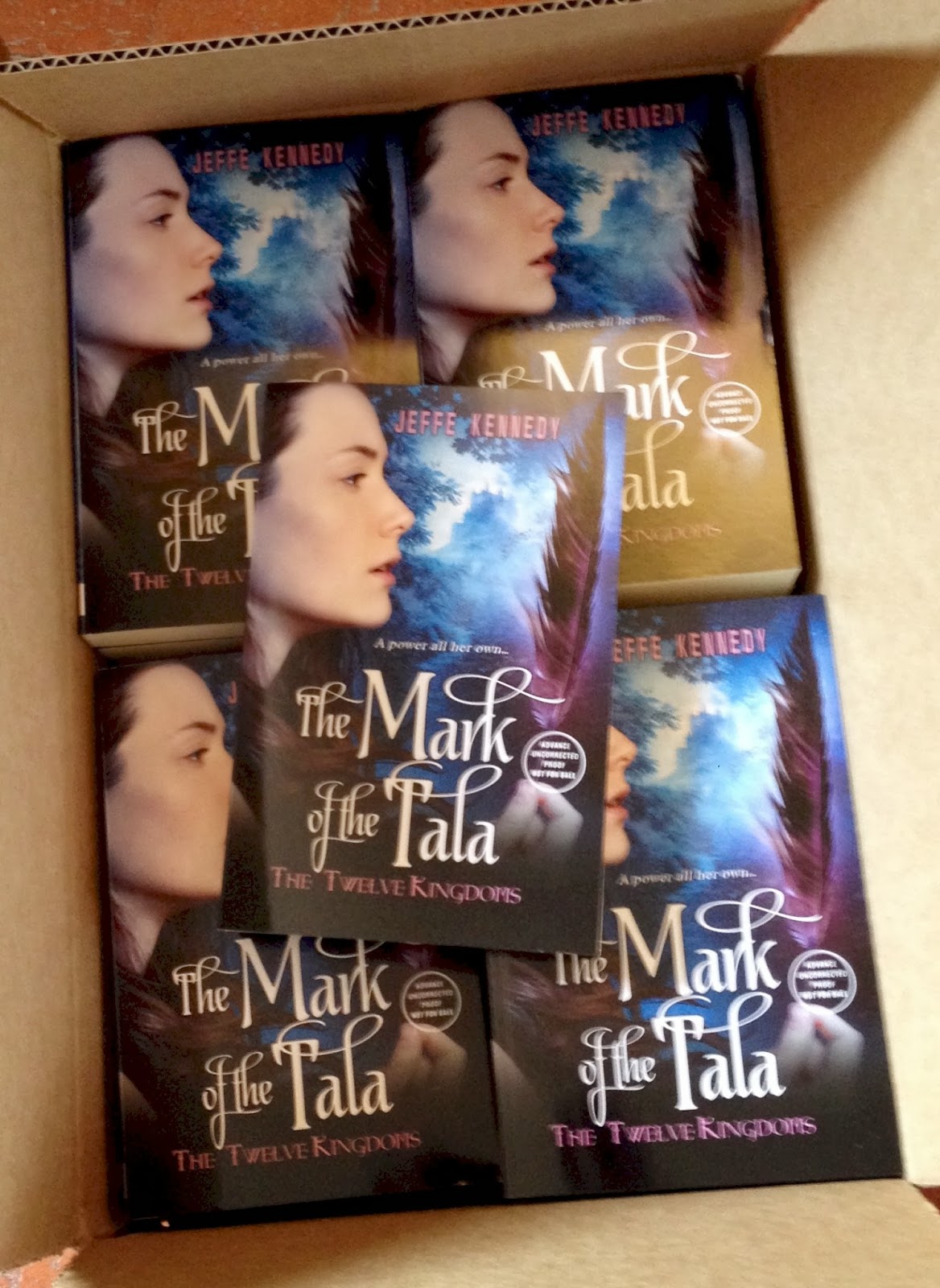 Look what coincidentally came in the mail today! Yesss.... The Mark of the Tala ARCs. (Advance Readers Copies, for those not in the know.)

I may have spent some time petting them...

I say coincidentally because this week's word is "contract." I'm not sure who picked it as their best, or least, favorite - there are certainly arguments to be made for both. While The Mark of the Tala is not my first contracted book, it was the first contract that came with an advance. And it's my first print book in exactly 10 years.

For many writers starting out, the book contract is the brass ring. The grand prize. The holiest of holies. I'm sure my friends and family became heartily tired of me, because for a lot of years there, when they asked what I wanted for my birthday or Christmas I'd answer, "a lucrative multi-book contract."'

Which is, of course, something no one else could obtain for me. I had to get it on my own.

Seeing these books reminds me that I did it, too.

A contract is a lovely guarantee that the book you've written/are writing will be published. This is no longer such a big deal because self-publishing delivers the same certainty. And neither promises that anyone will actually buy or read the thing. Still, the commitment from someone else provides a kind of security that can make all the difference in a project. Somebody ELSE believes in it, wants it and - sometimes vitally important - expects you to deliver it on time.

However, as with those government jobs, security can also be a trap. I recently read about an author who signed a contract with Ellora's Cave for 75 books. To me, this would be akin to taking a job that I can't quit for the next twenty years. Yeah, they'd be promising me job security, but I also can't leave for a better opportunity.

Now, as with jobs in this way, whether or not you like this idea totally depends on personality. A lot of our friends and family were gobsmacked when David took early retirement from his Wyoming Game & Fish job to go back to school to become a Doctor of Oriental Medicine. After all, they said, if he only stuck it out for 15 more years - and they could never fire him, really - he could retire with full benefits and be set for the rest of his life. That's mighty appealing to a lot of people, right there.

To David - and to me, in truth - him sticking it out another 15 years sounded like a prison sentence. We saw the lack of guarantee in that. He could get hit by a bus. Or contract some chronic condition. He desperately wanted a new opportunity and early retirement offered him a way to do that while retaining his benefits and a monthly stipend.

I would not want a 75-book contract.

Most agents and other industry pros suggest that a writer never contract for more than three at a time. Because, even if you write more in that series, you want to negotiate for more and better the next time. That's how you climb the ladder.

Is there a chance of failure there? Of course there is! That's the trade-off: security vs. risk.

But, without risk, you close off opportunity.