Taking Action - on Anything at All 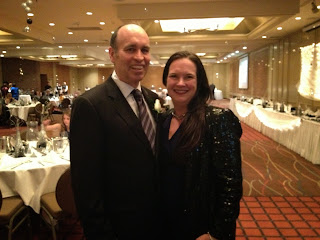 Welcome to 2014 with the Word Whores!

Yes, yes - it's January 5 already. But, by the Word Whore Topic Calendar, managed by the nubile, nimble and nitpicky Kristine Krantz, we are launching a fresh new year. With that comes a slight change in the way we handle topics. At Kristine's suggestion, we're going with single words to riff upon. She snuck into our posts about favorite and hated words (like mine here), shuffled them about, did the Hokey-Pokey, and put them in our calendar.

This should be fun.

The word of the week??

(I know you're breathlessly scrolling down...)

Now, some of you may know that I'm into Oriental philosophy and medicine. If I claim a religion, it's Taoism (which is a philosophy, not a religion, but that's neither here nor there) and the man, David, is a Doctor of Oriental Medicine. That's him above, looking very handsome with me at our son's New Year's Eve wedding. The spiritual philosophy intertwines with the physical in dealing with health issues.

Many years ago. So many that I hesitate to count, but it had to be early- to mid-90s. I was not yet 30 and yet I had not been feeling good. For a couple of winters I'd been plagued with illnesses. I also had a knee injury and a bronchial infection that came close to killing me. I seemed to be caught in a cycle of sickness and depression, one feeding into the other.

An acupuncturist treating me explained that I had a great deal of stagnant energy, which pretty much matched how I felt. In assessing the imbalance of my organs, he suggested that I needed to take action on something in my life. The Chinese view depression as a kind of stagnation, particularly in the liver and gall bladder. (Think energetics, not organs.) He asked if there was something I'd been wanting to do that I hadn't taken action on.

All those grand ideas about being a writer! Except.... I wasn't really writing.

So, I got serious about it, though it was the last thing I felt like doing, since I felt like crap most of the time. I made myself write. I finally took all that good advice I'd been hearing and I tried to write every day. When that didn't happen on too many days, I retrained my night-owl self to become a morning person. (Kind of.) I got up early and made sure to write SOME every damn day, no matter how groggy or surly I became due to the early hours.

Eventually, I got better at it.

It was not like being overfat, terribly unfit and starting an exercise program. Believe me, I've been there, too. It took a good six months before I didn't actively hate what I was doing to myself. It probably took at least a year before I started to like it.

And I developed a body of work. I improved in my craft. Publishers bought my essays and stories. Over time, that stagnant energy cleared out and flowed into writing.

Best action I ever took.

I'm not saying that everyone should be a writer, by any stretch. I am saying that, if there's something you want to do and you haven't set it in motion - do it. Do something, anything, towards it today. Then tomorrow do another thing. Every day, take a step. This is why the Taoists say "The journey of a thousand miles begins with a single step." What people leave out is that you have to keep taking the steps. Every day, more steps.

I look back now, something like twenty years later, at all the miles I've traveled. All of it goes back to that decision to take action.

See you on the road!