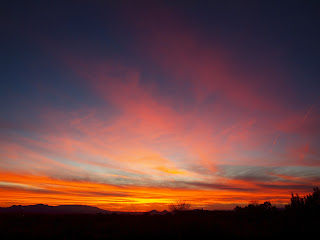 This week's theme is collaboration - if we do it and, if so, how to do it well.

I can't tell you how to do it well, because I just don't do it.

I feel kind of bad about it, too.

Pretty much all my life, in one way or another, people have told me I'm not a team player. They've ranged from teachers to athletic coaches to martial arts schools and various other groups. The "team" itself varies significantly, but the message doesn't. Even as a kid, I couldn't help but notice that being a team player meant doing things their way. They try to make the case that this is not what it means, but that's difficult to do when only the person in charge of the team gets to make decisions.

They also say things like, "there is no 'I' in team," which implies you somehow give up your identity to become part of the collective - something that holds no appeal for me, whatsoever. Even that thing couples do at weddings, where they use their own candles to light the single big candle, and then blow out their own? Gives me the heebie jeebies. I always want to stand up and shout, "No! Don't blow out your own candle! Keep your candle aliiiiiivve!"

This is possibly why I don't get invited to many weddings.

In every case I can think of, I was perfectly okay with not being on the person's team. I not only took my ball and went home, I was happier being there where I could read in peace and quiet, anyway.

Which leads to my deep, dark secret. Possibly my tragic flaw.

I'd rather do it my own way.

This is a running joke in my family, dating back to when I was a kid and used words I'd read in conversation. When my parents corrected my pronunciation, I'd often reply that I liked my way better. It wasn't just being stubborn (though that factored in, too) - I'd picked the way I wanted the word to be and it annoyed me that all the other people had picked something else. With a shared language, they kind of force you into being a team player, if you want to get anything done.

(But I still say writhe more like wryth in my head.)

So, I've always felt a little bad about liking things my own way. It's antisocial and not being part of the party. I try to go along with the program when it's low stakes. I'll say the words the way I'm supposed to.

I won't blow out my individual candle, though.

And see - this is the BRILLIANT thing about being a writer. One of the reasons this is a perfect career for me. I get to do it  my way all the time. For hours and hours, I get to be alone in my head, making this little world be exactly what I want it to be.

After the writing is done - other input factors in. The crit from partners, revisions from the editor, etc. But I still get to decide how I use that input. If someone demanded I make a change - in the name of the publishing house team, perhaps - I really don't know what I'd do.

I'll cross that bridge when I come to it.

In the meantime though, I revel in doing the writing thing my way all the time. I roll around in it like a cat who's broken open her catnip toy and scattered it across the carpet. I'm having FUN.

Which is why I haven't collaborated with anyone. And a couple of people have asked me. I'm sure they'd never ask me to blow out my individual candle and I know in my head that I wouldn't have to do things their way, but my heart says no, no, no. I'm sure it could be rewarding. I know Word-Whores Allison Pang and James Moore do a lot of collaborating and they'll no doubt rhapsodize about the joys of combining creativity.

But I still don't want to do it.

Email ThisBlogThis!Share to TwitterShare to FacebookShare to Pinterest
Labels: Collaboration, I like it better my way, Jeffe Kennedy