Passing for a Wife 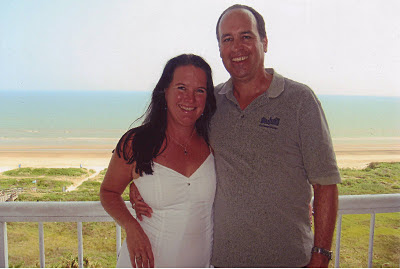 See, I pretty much figure I'm technically a concubine. I even wrote about it in my essay collection. The definition:

Concubine (kä kiub in), sb. ME. [a. F concubin, concubine:—L.concubinus, concubina, f. con- + cubare.] I. A woman who cohabits with a man without being his wife; a kept mistress. Among polygamous peoples: A ‘secondary wife’, having a legal status inferior to that of a wife. †2. A male paramour —1540.

It's pretty accurate, except for the "kept" part. I don't keep terribly well.

Though David and I have been together for coming up on 21 years, we aren't technically, actually married. According to New Mexico, we are now married, under Common Law. Wyoming doesn't have such a law, therefore, though everything between us, financially and romantically, is exactly the same, there we were not married.

With all the domestic partnership laws, if we tried to extricate ourselves from each other financially, it would be no different than if we'd married in front of a Justice of the Peace.

In many ways, I am a second wife, since the Catholic Church would rule that David is still married to his first wife and never had it annulled. His brother did have his first marriage annulled - paid several huge fees to get it and complained bitterly that if he'd murdered someone, he could have just confessed and been absolved. Apparently marrying the wrong person is a far greater crime.

You might begin to understand why I've never had a church wedding.

At any rate, I've been perfectly fine all these years with not having an OFFICIAL wedding. I like the idea that we choose to be together.

The big problem is the titles.

Now, I fully confess that, in recent years, we've totally gone to referring to each other as "husband" and "wife" because it makes other people so much happier. And, in New Mexico, it's accurate.

(Though when David says "my wife" I still kind of look around to figure out who he's talking about.)

Facebook has now added the relationship status of "in a domestic partnership," which sounds vaguely Socialist to me, as if we're Comrades taking turns standing in bread lines. But it's better than the old "in a relationship" like we used to be, which sounded like we could maybe be "out of a relationship" at any moment.

Early on, I called him my boyfriend and I was his girlfriend. It doesn't take long, however, to feel like you're eternally reliving Prom. "Significant Other" became widely used sometime in the 80s - I think it was even a movie title - but it begs the question, doesn't that mean everyone else is Insignificant?

Spouse works well in a crunch, if a bit like a census tick. Partner is bland, but functional. Mate sounds way too biological. Obituaries began using "Longtime Companion" for AIDS widowers which felt way too fraught for heteros to take on. Almost an insult to them.

My stepdaughter owns a house and has two children with an Hispanic man and he calls her "My Lady." I really like that, but feel like I'd be robbing the culture.

It's interesting to me that the nomenclature issues are ones we share with homosexual couples. Because we have not toed the societal line and complied to the "norm," whatever that may be, we are locked out of certain titles. A little daily punishment for not doing things the way everyone else does.

I confess, when we moved to New Mexico and knew we'd be meeting all sorts of new people, to whom we would not want to explain the last twenty years and our religious and political choices, especially when introducing ourselves out by the mailbox - it was a relief to go with husband and wife.

You say that and people nod and move on. No questions. Easy peasy.

It's kind of like passing for White, though. We look compliant on the surface. Not everyone can counterfeit that.

It's just a shame that there's pressure to.