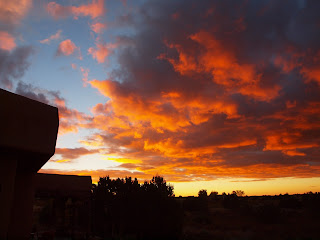 We're talking about dialogue this week in the Bordello.

Now, I spent the last couple of days doing stuff with LERA, my local RWA chapter, as it was the weekend of our biannual Enchanting the Page conference. Alexandra Sokoloff gave her excellent workshop on Screenwriting Tricks for Authors. So, my head is chalk full of ideas about structure and set pieces, not about dialogue at all.

At any rate, dialogue is fun for me. I love revealing how the characters interact through dialogue. One really fun thing about writing THE TALON OF THE HAWK was transcribing the conversations between Ursula and Harlan, with all their banter and verbal fencing. Their love affair truly deepens first through conversation, largely because physical expression is out of the question.

(In the upcoming THE PAGES OF THE MIND, the situation is reversed, with conversation impossible. *That* was a bear to write!)

At any rate, I thought I'd share some of my favorite bits of Ursula and Harlan's ongoing conversation. Along with a few glimpses of as yet unpublished conversations. :D

“Addressing me as ‘Your Highness’ can become cumbersome. You may call me Princess Ursula.”
“The former has two less syllables than the latter.” His face did not move from its stern lines, but I received the distinct impression of amusement from him—along with the recognition that he had surprised me indeed. He had to know that no one expected a man who looked like the side of a cliff to be articulate or clever.
“As you wish—either is appropriate,” I replied, deliberately casting a bored-seeming eye over the assembly as I lent half an ear to Uorsin’s conversation.
“No dispensation for a less formal accolade in conversation, then, Your Highness? What do your men call you?”
I turned and met his eye, allowed a slight smile. “Captain.”
He laughed, as resonant and booming as his voice. “Touché, Captain.”
“Are we fencing, then?”
“I witnessed your practice today, as you know, Your Highness. It would be interesting indeed to match blades with you.”
“And yet we are allies, it seems, so such a scenario is unlikely to occur.”
“You do not spar?”
“Rarely. Only to teach.” Only with my Hawks. “Are you asking for lessons, Captain Harlan of the Vervaldr?”
He grinned, and it belatedly occurred to me that the remark, which I’d intended as mildly insulting, had possibly sounded salacious.

“You didn’t tell me I could call you Captain,” the mercenary said quietly, folding those massive arms to watch.

“Maybe I like it when you call me Your Highness.”

“You’re worried,” Harlan commented quietly to me after we’d ridden for a time, still unrested and fed only from our much-reduced provisions.
I gave him a sidelong glance. “Being worried would imply that I lack confidence in our forces. I am…thinking.”
He made a snorting sound. “Not much of a distinction. How’s the head?”
“Fine.”
“You’ve lost color. You need to rest.”
“Thank you, Mother.”
Harlan raised his brows at me. “Shall I cuddle you on my lap and sing you a baby-sparrow song?”
My turn to snort. “What in the Twelve is a ‘baby-sparrow song’?”
“Eh, not in the Twelve. I don’t know your word for it. A soothing tune, usually with a lot of silliness, that you sing to infants to make them sleep.”
“A lullaby, we call it.”
He nodded, once, filing that away. Truly his command of our Common Tongue was excellent. He showed flexibility in substituting phrases for words he couldn’t translate. An admirable skill. “Sing me one of your lullabies.”
I had to laugh. “Danu, no. You do not want to hear me sing. Unless we’re attacked by wolves—then it might serve to drive them off.”
“Perhaps sometime I’ll convince you to sing for me when we’re alone, then.”
“Not happening. And before you ask, I mean both that we’ll ever be alone and that I’ll ever sing.”

from THE CROWN OF THE QUEEN


“Are you managing me, librarian?” Ursula asked mildly. A tone that didn’t fool me for a moment.
“Somebody needs to,” Harlan commented in the same tone.
“Don’t start with me.” She shot him a glare over my head. “Just when I was feeling all sentimental over missing you.”
He grinned at her. “I love you, too, my fierce hawk.”

from THE PAGES OF THE MIND


“Dafne is right,” Harlan inserted before Ursula could vent the angry words she had ready. “He’ll be looking for weakness. And I’m sorry to say it, but he’ll assume that of a woman.”
“Then he’ll be in for a surprise,” she snapped.
“Yes. He will. I’m actually looking forward to witnessing that.”

Email ThisBlogThis!Share to TwitterShare to FacebookShare to Pinterest
Labels: Alexandra Sokoloff, dialogue, Jeffe Kennedy, The Crown of the Queen, The Pages of the Mind, The Talon of the Hawk, Twelve Kingdoms