Will Contemporary References Crash and Burn a Novel? 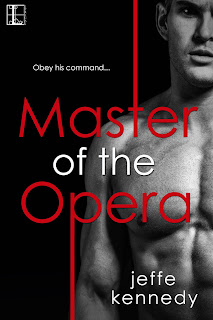 This week at Word Whores, we're talking about whether topical or contemporary references should be avoided in fiction.

I heard this debate a whole bunch back when I was writing essays and creative nonfiction, which meant I was heavily involved in the literary and university/arts council-driven writing communities. I've rarely encountered it in genre circles, either in the romance or the sci fi/fantasy groups.

Frankly, I never bought the argument back then. People felt it "dated" the books, which would prevent them from becoming classics. I'd always bring up Jane Austen, whose books are classics partly because they so perfectly capture that era.

I imagine this doesn't come up as much in SFF because the stories are rarely about the contemporary era as is. In romance, particularly contemporary romance, topical and contemporary references are, well, pretty much expected and necessary. That said, I did hear one piece of advice on topical references that I've since taken to heart.

Angela James, Editorial Director at Carina Press, said in a workshop that writers should avoid comparing their characters physically to celebrities. I wanted to object, because I did this in GOING UNDER, comparing my hero Fox to Tom Hiddleston. To make her argument, she said two words: Val Kilmer.

If you don't keep up with such things, Val Kilmer, who used to embody all things smexy, enigmatic and smoldering has now... gone exceptionally squidgy around the edges. In a distressing Brian Wilson/Marlon Brando way. Angela said, "you don't want people picturing that."

In addition, I've since learned that - astonishing to me - not everyone has a THING for Tom Hiddleston. Go figure.

Word to the wise!