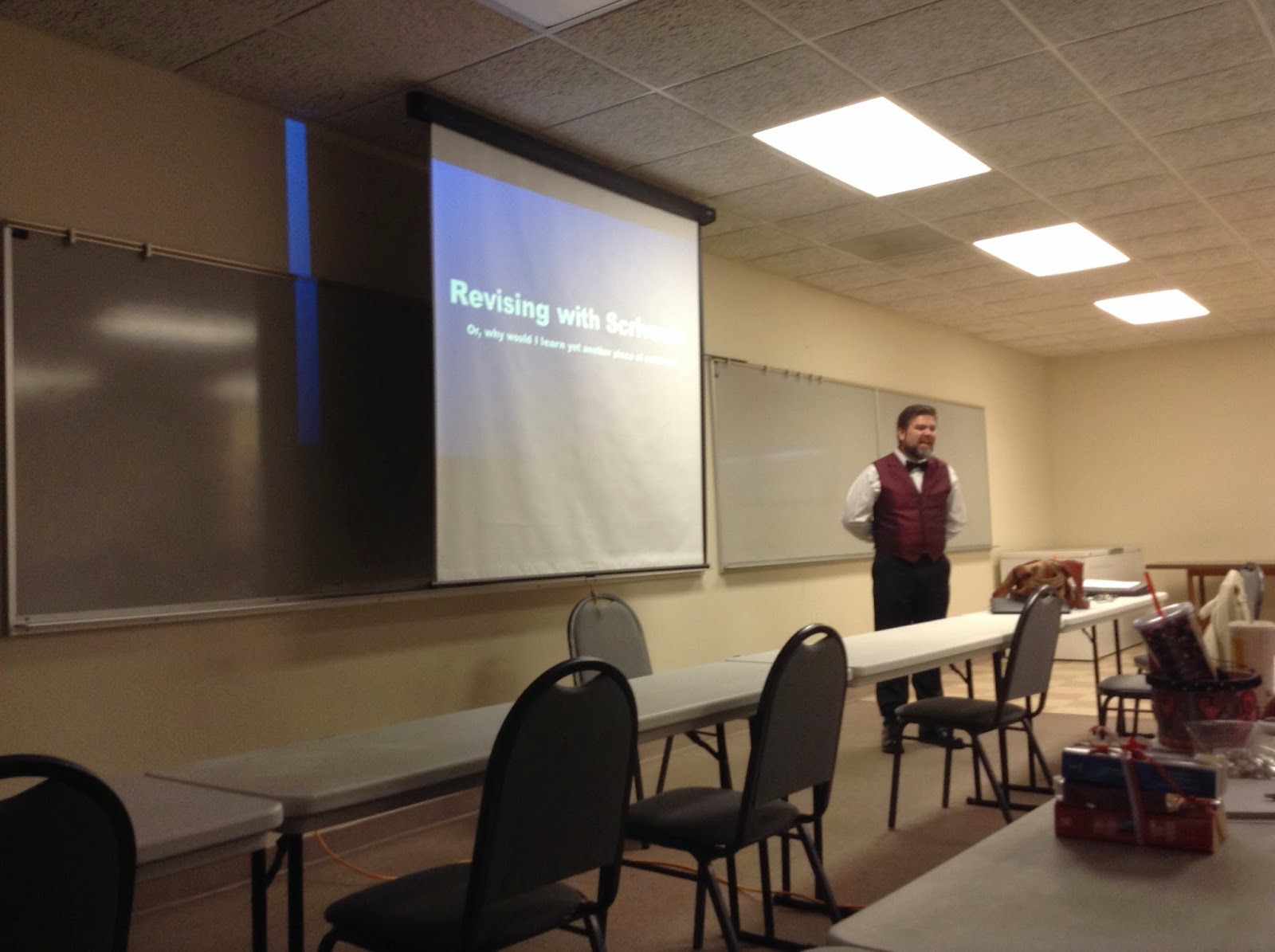 Sometimes I feel like a fraud, writing these craft posts.

You know - now with topics like this week's: Antagonists who aren't villains - I start thinking more about what I studied back in the days of AP English than of my own work. Things like place as a character and antagonists who function as protagonists. Things OTHER writers do. My undergraduate and graduate degrees are in science, not literature. I am not one of those studied writers who plans out themes and symbology, who even thinks in terms of protagonists and antagonists.

It's funny because yesterday my local chapter of RWA, the fabulous Land of Enchantment Romance Authors (LERA), sponsored a program on using the Scrivener software, taught by Ben Prior. For those who don't know, Scrivener is a program many writers use for drafting and revising novels. It lets a writer compose by scenes and shuffle them around, combining and recombining, along with tracking metadata like setting and character profiles.

All of which makes my skin crawl.

Pretty much literally. In fact, my chapter mates know me so well that they teased me about it, asking at the end of the presentation if I was a convert. Anna Philpott, sitting next to me, burst out laughing and answered for me, saying no - that I'd been actually squirming in my chair in discomfort. Ben came over to me after and asked about my process. So I showed him my spreadsheets. ~eyebrow waggle~ And I explained that I don't think in terms of scenes or character profiles, that it's all one story to me, that I write from beginning to end.

And he said, "Oh, you're just one of those naturally talented storytellers."

So I'm clinging to that explanation, rather than the fraud one.

As I mentioned in last week's post about villains, I don't think I really write them. I suspect *most* of my antagonists aren't actually villains. Particularly in my contemporary romances, there aren't really villains at all. And the "antagonists" tend to be whatever it is in the protagonists that is stopping them from finding happiness. Their own stubbornness or blindness to what they need to see.

You'd think these two books would have little to no overlap and yet I noticed that they do. And it's in this arena - the antagonist who's not only not a villain, but not even a person.

Yes, I have drought in both books, a relentless force that drives a great deal of the desperation to effect change. I did not plan it that way - or even notice until the other day - because (duh!) I don't plan any damn thing in my books. But it's there in both. No doubt a reflection of my life in the desert southwest of the US, where our ongoing severe drought has woven into the fabric of my subconscious.

I suppose my point is - since I really ought to have one - is that an antagonist can be any kind of conflict faced by the protagonist, whether human, alien, animal or a force of nature. Villains are a very small subset of antagonists, and fairly limited to certain subgenres. And, to my natural storytelling mind, among the least interesting variety. ;-)