Three Ways for Authors to Pay It Forward 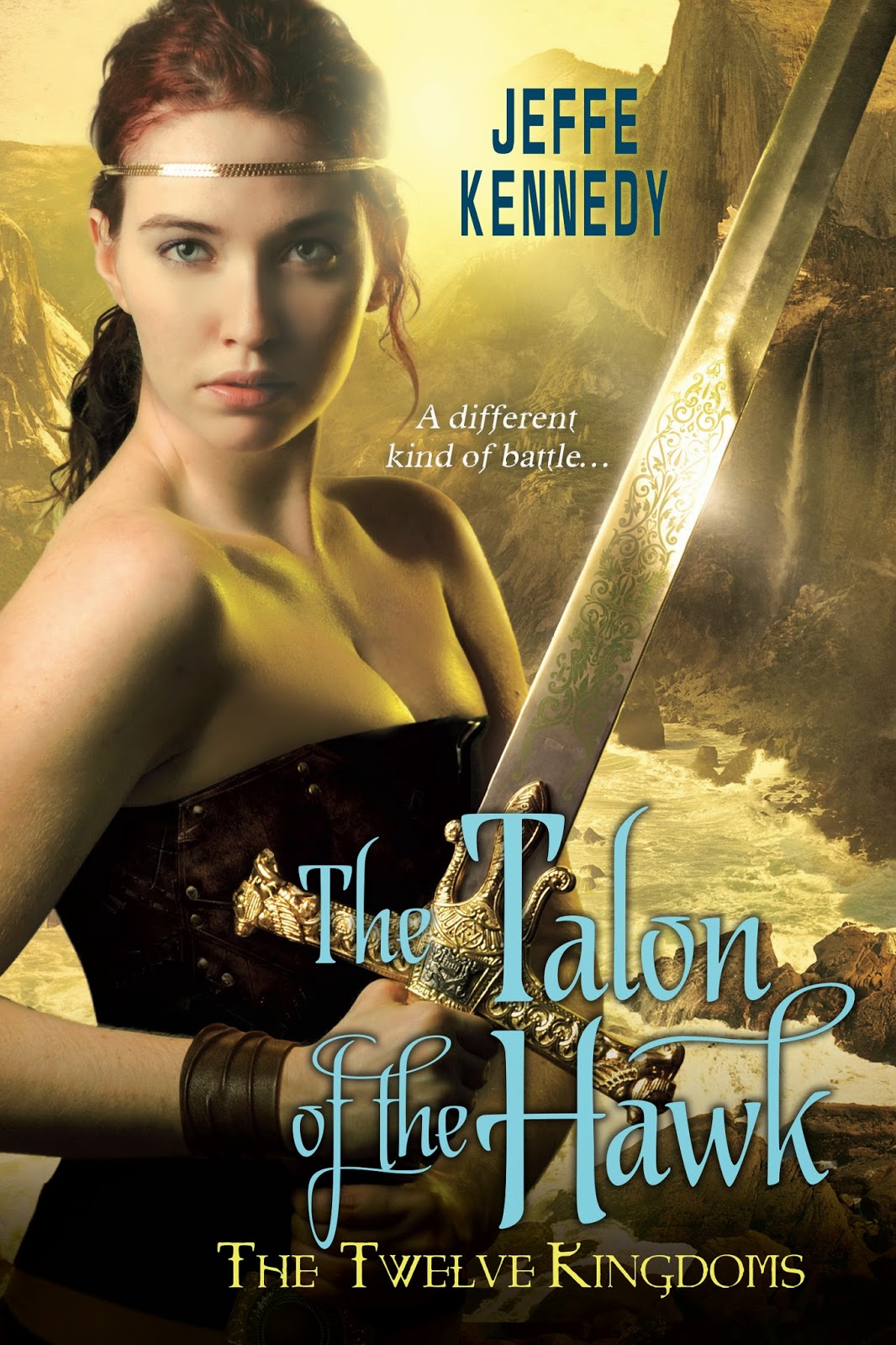 I just love this cover for book 3 in my Twelve Kingdoms series, with my warrior-princess, Ursula, looking all badass in The Talon of the Hawk. So it's very cool that Addicted to Heroines has it up in round one of their Hottest Heroines Cover Contest. You can vote for it if you like!

This week at the Bordello, we're going from giving thanks to paying it forward. Before certain movies with Helen Hunt and Kevin Spacey (do I sound a hundred years old?), we called this karma. As in, what goes around, comes around. It's an interesting concept, the how and why of helping other people out. I remember when my stepfather, a former Catholic priest, said that before he met me, he'd believed people only developed morality through religion. But even as a I child, I had a very strong belief in doing good for others - though my fallen Catholic mother had rarely ever exposed me to much religion of any kind.

Then in graduate school, when I studied animal behavior and neurophysiology, we spent a fair amount of time debating altruism in animals. Whether it existed. Many scientists argued that examples of animals depriving themselves to help another individual survive - as in vampire bats sharing blood with those who weren't able to feed - did so only for family members, driven to help that gene pool survive. That was the reasoning behind parents caring for offspring, to ensure their survival and thus that of the gene pool. The concept of the Selfish Gene, the genetic push to propagate bearers of that set of sequences, was very popular then. Many animal behavior experiments were designed to eliminate any benefit to the individual - genetic or otherwise - of altruistic behavior, to see if it persisted.

It's confusing to scientists, you see, to entertain the notion that an individual might expend energy or resources to aid another, without there being some palpable gain.

Of course, we see a lot of this out in the world. You scratch my back and I'll scratch yours. Tit for Tat. Even people doing good works often have an ulterior motive - to get into heaven or to feel like a good person. We have so many motivations that it's difficult to sort out. For me, I have one rule that I try to keep in mind:

Whatever you do, do it because you choose to, not with the expectation of any kind of return.

And by this I mean, don't expect even a thank-you, because some people won't. Worse, there's a weird syndrome where some people that you help actually resent it and turn on you later. So I do my best to remove all those expectations and keep the paying-it-forward to what I can and want to do.

So here are my three favorite ways:

Participate in your professional organization(s) of choice

Seriously, sometimes I scratch my head when I hear writers complain about their professional organizations and debate whether they get the value of their dues out of it. There's a reason we have the phrase "paying your dues." You put IN to the organization. Pay your dues, volunteer to chair programs or sit on boards, offer your votes and your opinions. By making your professional organization strong, you make your profession stronger. Stop counting your ROI and give without expectation of return.

At a recent conference, a newish writer I've been acquainted with asked me to introduce her to my agent. "I don't want to pitch him," she said, "I just want to tell him how much I like X." I didn't need the justification as I was happy to introduce her. So I did and she repeated her caveat to him. He looked bemused and said, "why wouldn't you pitch to me? That's why you're here and why Jeffe introduced you. Tell me about your book!" There's a misperception that agents and editors don't want to talk to writers. They DO. They just don't want to talk to crazy people. Networking allows people to vet each other and make introductions in a politely social way. I did this at the conference for several writers looking to making industry connections. It's MUCH easier to get to know other writers and ask them to work you into a conversation. I'm happy to do it. It's up to them from there, but the networking is something I can help with.

See, the amazing thing about answering questions is you can pick and choose. If I see a question on a forum or an email loop that I have what I consider to be a useful answer -  and, yes, that's totally subjective and up to my own interpretation, but we're talking about MY giving here - then I will. If I don't have time I might save it to see if someone else answers. If I don't have anything to offer, I just ignore. But offering knowledge from the perspective of experience is huge. I can at least say what did or didn't work for me. The thing about answering questions is, you can't get invested in whether or not people listen to your advice. An astonishing (to me, anyway) number of people ask questions and then ignore the answer and do what they wanted to in the first place. Part of finding and following our own paths, I imagine. There's certainly advice I received that I would have benefited from following, alas. Still, whether someone takes your advice or whether someone else disagrees and says, no, follow THEIR advice is immaterial. It's a gift you offer, without strings. The rest is up to them.

That said, at this recent conference I met a gal who said I gave her advice on a professional forum in answer to a question she posted - which I didn't remember - and she thanked me, saying that it had been really good advice and her situation had turned out really well.

I try to follow my rule of no expectations, but hearing that is pretty wonderful.