The Pros and Cons of Cons

It's been said about writing and bloody near every other form of business out there that it's not what you know so much as who you know.

I've always rather found that an interesting notion. And, to one extent or another, I've also found it to be true. I make that statement, of course, with a few provisos.

So let's start at the beginning. The very first professional convention I went to was for the Horror Writers Association. At that meeting, by the way, the name of the organization was changed by a vote of the active members. Previously HWA had stood for the Horror Writers of America. Strange and useless facts. I do so love them. At that convention, which cost me more financially than I could afford (a trend that has repeated itself a few times over the years), I made a lot of the contacts that have been beneficial to me over the years. Not necessarily because they could hire me to write for them, but because those contacts have become my friends and on a few occasions have offered me sage advice.

From connections I made at that meeting I became first the Secretary of the HWA and later the Vice President of the HWA. During my time in office I made more connections, and I met more editors and publishers and other writers. On a purely fan side of the equation, I met some of my idols, the writers whose words and impacted my ways of thinking and in some cases helped me decide to try my luck as a writer.

Sounds vague, but the fact of the matter is that all of that came about as a direct result of my very first professional convention.

But Jim, what's a professional convention?

Well, that one's easy enough to answer. There are many types of conventions but for the sake of this article there are really only three. First there's a retail convention. By that I mean a gathering of merchants who mostly sell the same product. What usually happens at those conventions is dealers set up booths and sell wares. Artists might get together in one area together and sell a few pieces of art, do a few sketches, etc, et al.

The second type is what I think of as a multi-media convention. It might be only one real media focus, like comic books, but these days, hallelujah, the field has grown and many smaller gatherings have sort of mutated into larger ones. I'm talking everything from the local comic book convention with a few guest artists, a writer or two and Lou Ferrigno selling autographs to San Diego Comic Con . They range in size and they are often well organized media machines or small gatherings of fans who want to pool their resources and have a little fun once a year.

And then there are the professional conventions. The Horror Writers Association, World Fantasy Convention, World Con, RWA, Thriller Fest, etc. Those conventions, to one extent or another, actively focus on the business of writing or genre.

Once upon a time, I met an editor at a convention and was convinced that my artwork was never going to get me where I wanted to go. So I learned a new trade. I learned to paint my pictures with words. I became a writer.

I've been doing it ever since. And you know what? I was never that good an illustrator, but I feel fairly safe in saying I don't completely suck as a writer.

Conventions have taught me my trade to a very real extent. Workshops about being a writer. Panels discussion the state of the market and growing factions of the industry and what trends might be coming along (For the record, I might listen to the latter panels, but I never use them as a guidepost. I firmly believe that 99 percent of trends fade before you could possibly take advantage of them. I made connections. I made friends. I networked. World Fantasy two years ago a fellow writer and good friend of mine introduced me to an editor. That editor worked out a deal with both of us and one more writer to do the Alien trilogy of books I've mentioned previously. That editor and yours truly have discussed working on other projects together. We're working on making that happen. Time will tell. But if I had not attended that convention the discussions would not have come up and I would not have written and novel in the ALIEN franchise. One a purely geek level, that's a little slice of heaven.

Had I not attended a convention in New York at one point, I would have never had an editor for a rather prestigious small press ask me to write a novel for him. And since then he and I have worked together on half a dozen projects.

Has attending conventions impacted my career?

Yes. I can say that with the same certainty that allows me to say "Yes" when asked if I need to breathe in oxygen to live. Your mileage may vary, but you know something? I know remarkably few successful writers who have never attended a convention. They exist, but they are the exception and not the rule.

On a side note: Look what just came into my publisher's offices: 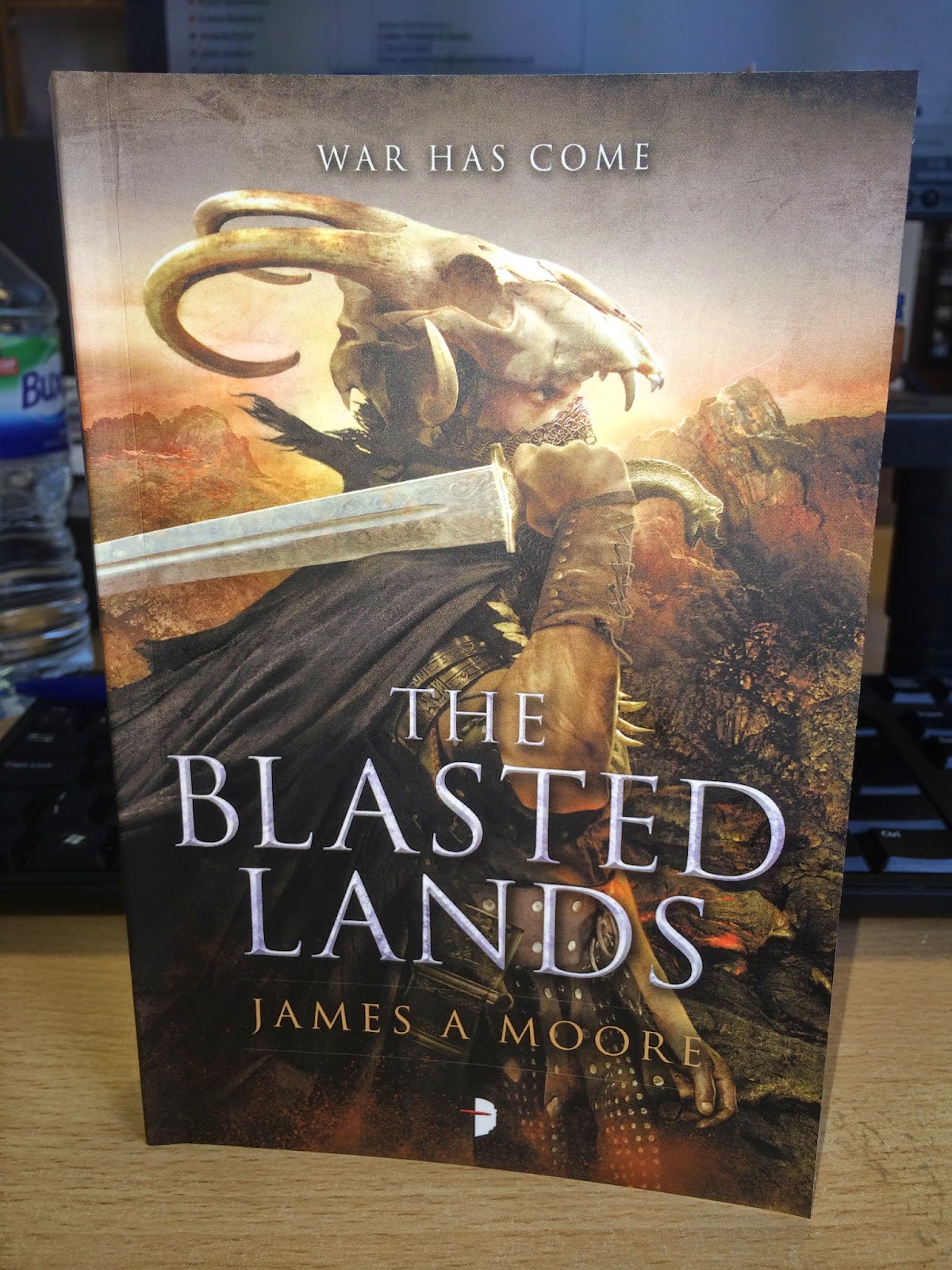 Want to know how that book came about? First I had an idea. Then I wrote a proposal and five sample chapters. Then a friend of mine, a writer I met at a convention, connected me with his editor (another friend suggested trying the publisher in this case) and because I had an "in" the editor graciously looked over my proposal and decided he liked it enough to take a chance on me. And then another friend helped me make a connection with my current agent.

Sometimes it's talent. A lot of times talent is helped by who you know.
And often times, the connections you make at conventions are a large part of who you know.


Posted by James A. Moore