Jeffe's Three Things to Try in the New Year 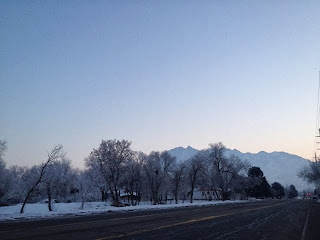 I'm in Salt Lake City this morning, sitting at a Paradise Bakery to eat breakfast and post to the blog before heading still farther north.

We've been away from home for a week now, having left last Monday for Christmas with family in Tucson. Today we head up to Montana for my stepson's wedding on New Year's Eve. All this time, I've done my best to keep up with laying down word count on the book due in January.

One thing I did while in Tucson was head to Starbucks in the morning and sit there for three hours to get the writing done. The family accommodated this surprisingly well. The only day I missed was Christmas itself. It worked so well, in fact - and I felt so good, getting that concentrated writing time and then feeling free for the rest of the day - that I'm considering trying it when I get back home.

Which dovetails nicely with this week's topic: 3 New Writerly Things to Try in 2014

I think I'll try that, much as I love writing on my treadmill desk - going to the local coffee shop or bakery for concentrated writing time.

I also want to work on being less stressed about getting the word count in. I've increased my productivity, but I still worry about staying on my too-tight schedule. I did it to myself and now I need to learn to deal. As of yesterday, I'd written almost 57,000 words in December, which is my all-time record. I've also written just over 492,000 words in 2013. With only a few days left in the year, I doubt I'll make an even 500K. It's tempting to go for the round number, but I'll resist. Pressure I don't need.

Finally, I want to read more and spend less aimless time on the interwebs. I read 71 books in 2013, more than one a week, which was my goal. I'll like to get up to 100 in 2014. But Jeffe, you might say, that's not really a writerly thing! Yes, my friends, it absolutely is. Having time to read over this holiday break and road trip has been lovely, also helping to feed the word count.

So there's my three.

Any other writerly resolutions out there?