Enticing Villains, Bland Heroes and the Lure of the Bad Boy 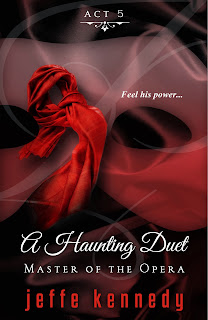 This week's topic of conversation in the bordello is The Villain Protagonist. Now, this is some clever winking by one of the Word Whores - I'm not entirely sure who.

The protagonist of a story is typically defined as the central character in a story. Some writers like to play with this and change it up so there is no central character - or keep you guessing about who it is. (George R.R. Martin comes to mind. Hint: the protagonist shouldn't die before the story is over. And usually not even then unless you're Nicholas Sparks or a certain YA writer.)

It gets murkier when we start talking about the definition of a villain, which is why the craft Word Whore who suggested this topic is cackling away. Here are a few:
Amusingly, the etymology shows the word comes from an innocuous beginning:

Villain comes from the Anglo-French and Old French vilain, which itself descends from the Late Latin word villanus, meaning "farmhand", in the sense of someone who is bound to the soil of a villa, which is to say, worked on the equivalent of a plantation in Late Antiquity, in Italy or Gaul. The same etymology produced villein. It referred to a person of less than knightly status and so came to mean a person who was not chivalrous. As a result of many unchivalrous acts, such as treachery or rape, being considered villainous in the modern sense of the word, it became used as a term of abuse and eventually took on its modern meaning.- from Wikipedia, "it could be true"

My point (and I do have one) is that we get onto very boggy ground when we throw around words like "evil," "bad," "malicious," "wickedness," and "scoundrel." The concept that "villain" derived from the concept of being unchivalrous helps showcase this.

Truly, evil is in the eye of the beholder.

After all, what's good for me might be bad for you. Our daily dramas are filled with "villains" who do "bad" things to us, from the person who cuts us off in traffic, likely never noticing our existence, to that nasty co-worker actively plotting to undermine us, to that toddler who has a meltdown in the grocery store.

This is why it's much more clear to think in terms of the antagonist, rather than the villain.

It's also why the villain can be the protagonist.

Last week, in her excellent post, Word Whore Allison mentioned Erik of Phantom of the Opera. I confess that, when she pinged me on instant messenger and asked me if I would consider him disabled, I answered with my version of the story in mind. Because my Master of the Opera eSerial comes out starting in January. (The Act V cover is at the top - love that feel.) This is a great story to play with villain and hero roles - and swap them out.

In the original Gaston Leroux book, the phantom, Erik, is presented as a true villain. Leroux wrote the story based on theater gossip and myths. Leroux's phantom is distorted in body and soul - murderous and perhaps slightly insane. Some reasons for his being that way are offered, but he is, in the end, a monster. In Andrew Lloyd Webber's production, Erik is more sympathetic - though he's still cast as the villain the heroine must escape.

To the disappointment of women everywhere.

Chide us if you will for loving the bad boy. But we do. It doesn't help that the hero, Raoul, is pretty much a flat, uninteresting and unflaggingly noble guy. Spare me. What woman in her right mind would choose insipid Raoul over dark, passionate and fascinating Erik?

And before you tell me about the virtues of the "nice guy," remember that I have one. He's wonderful and I wouldn't trade him for anything.

At any rate, when I set out to write Master of the Opera, I discovered a few things about the original story versus the one I wanted to tell. One is that the heroine, Christine, is not really the protagonist of either Leroux's or Webber's version. She seems like she is, but really she has no agency of her own. Really she's the trophy. Erik and Raoul - and the other people who want a piece of her, such as the theater managers and her fans - battle it out to possess her. Raoul isn't the protagonist - he's not present for the most critical scenes in the story. So who is?

Right, Erik, the Phantom. The villain.

In my version, I do what writers love to do and I change it up. Christine truly becomes the protagonist in mine.

And the true villain?

You'll have to read it and see!

(Wasn't that an amazing bit of Word Whoring? I didn't even plan it that way...)

Email ThisBlogThis!Share to TwitterShare to FacebookShare to Pinterest
Labels: A Haunting Duet, Jeffe Kennedy, Master of the Opera, protagonists, the villain as protagonist, villains