Drawing that Squiggly Line Between Inspiration and Plagiarism 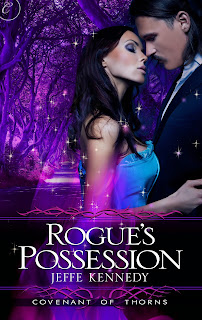 So, you know, you could totally pre-order it. I mean, I wouldn't be a true Word Whore if I didn't offer you some buy links right here and now, right???

And now, onward to the meat of this Sunday post, the real reason you stopped by, yes?

This week's topic is Inspiration vs Imitation: How Far is Too Far?

Which is quite apropos, given the many scandals that seem to be plaguing the writing community recently. The most recent one is Dave Eggers' new novel, The Circle, was lifted from memoir written by Kate Losse, former ghostwriter for Facebook's Mark Zuckerberg. You can read the Salon article here. The upshot, however, is that Eggers released this statement about it:

I’ve just heard about the claims of Kate Losse that my novel, The Circle, was somehow based on a work of nonfiction she wrote. I want to make it clear that I have never read and have never heard of her book before today. I did not, in fact, read any books about any internet companies, or about the experiences of anyone working at any of these companies, either before or while writing The Circle. I avoided all such books, and did not even visit any tech campuses, expressly because I didn’t want The Circle to seem to be based on any extant companies or upon the experiences of any employees of any extant companies. Because The Circle has not been released, it’s my understanding that Kate Losse has not read my novel yet, so I trust that when she does read it she’ll understand that I have not read, and certainly never lifted anything from, her book.


What I find interesting is his insistence that he did not read any books on similar topics or go near the tech companies. I kind of want to ask if he stayed off Facebook and Twitter, too, but that would be snarky.

And, let me be clear, reliable folks have gone and read both books and they all seem to agree that Eggers lifted nothing from Losse.

I'm just kind of amused by the lengths he says he went to in avoiding his story on reality, which is kind of bizarre, given that he started as a memoirist (with A Heartbreaking Work of Staggering Genius). On second thought, maybe that's part of why he wanted to draw such a clear line within himself.

The thing is, every memoirist knows that this line is never clear. I can say this with confidence, having been a published memoirist and having participated in countless discussions and panels exploring this very thing. Calling a work fiction doesn't change the fact that the writer is still drawing from the real world.

Do I think Eggers plagiarized? Absolutely not. Do I think he couldn't help but draw on extant companies?

More, I think it's disingenuous for any writer to think that he or she doesn't do this.

Of course, there's a huge difference between taking someone's book, replacing the character names and publishing it as your own. Or lifting entire passages from someone else's novel and sticking it in your own. Or taking a book like Twilight and writing a fan fiction version of it where Edward is a sexual dominant and Bella his submissive - then later changing some of the names and setting details.

But, of those three examples, the last is not plagiarism. It's Fifty Shades of Grey, an international bestseller. Do some people think that it took inspiration too far? Sure. A lot of them do. Is it plagiarism? Nope.

Would I, personally, do that? No.

That's my vague and wiggly line. I accept that all the thousands of books and stories I've read in my life now feed into what I write. I don't think I could make a statement like Eggers did, because I can't be sure that it's true. I read eclectically, widely and near constantly. Who knows where the stuff in my head comes from?

(Not incidentally, the gal who owns the gym I go to said to me yesterday, "Your head must be a crazy place to live." I took it as a compliment.)

But I would never deliberately adopt someone else's world or characters. I know a lot of writers get started with fan fiction and love being able to do that. For me, it's an internal line I don't want to ever cross.

It's just a shade too far for my taste.