Once upon a book

So let me tell you a little story.

So I'll tell you what -I- did when I was pre-published.

First, I went to conventions. Not every convention. Just a select few. As I was mostly aiming at the horror markets at that time I went to the annual meeting for the Horror Writers of America (Not called the Horror Writers Association). I went to meet potential authors,  publishers, and agents. Much like Jeffe, I learned a few things, and a lot of what I did I did by myself. I did not, however, drink any champagne. Mostly because I really don't drink much.

I met people. I made connections. In due time, some of those connections became important to my career. You know what else some of them became? Good friends. Guess which one is more important.

Eventually, after a time, I managed to sell my first ever novel. It was called UNDER THE OVERTREE. It sold to a now defunct small press.

The publisher/editor/sole employee of that press offered me a very small advance. I took it.

And now things get a little weird.

I'm going to paraphrase all of this, because I did not write any of it down.

Publisher: I can only offer X amount of money for your advance. (X= ludicrously small amount by today's standards, and only moderately better by the standards of the past.)

Publisher: I wish I could do ARCs of the book, but those cost more than I can spare.

Publisher: You know those quotes you see on books? "This is the best thing I've read since the invention of the printing press!"-Stephen King. That sort of thing.

Me: Oh. (Pause) So how much does it cost to make ARCs and send them out?

Me: So, give me half the advance. Then take the other half of the advance, use it to print up your ARCs, and give me the receipts for tax purposes.

Me: Well, yes. I get the tax write off. You get the ARCs. We get (hopefully) good reviews and maybe some blurbs.

Publisher: I never thought of that.

Me: Well, it just makes sense. (Note: I had then and still have, a day job. These days mostly because I really, really love having medical insurance and benefits. Back then because, hello, not making any money as a writer, so the money aspect wasn't QUITE as important to me. Note the second. I said not QUITE. Doesn't mean it wasn't important and I sure as hell wasn't going to publish a book without some sort of financial renumeration. Now and then I will and I do write for "free." meaning I am either giving away a short story or allowing my profits to go to a charity.  Note the third. A short story, people, not a novel. I don't give away novels. EVER. That's not being mean, that's being a professional.)

Yeah. He printed the ARCS and gave me the receipts. Y became a tax deduction. The money was never in my hands, but it was MY money that paid for the ARCs. I also used that fact to allow me to have the publisher send copies to authors I asked in advance to consider reading and possibly blurbing my work. I did not insist. I asked. I expected nothing from anyone.

So what did I get for my troubles?

Not bad for a first time novelist with a book coming out from a small press.

Worth every penny I never had in my pocket to spend.

So there you have it. My two cents worth. Actually my Y worth.

UNDER THE OVERTREE, by the way, is still in print.  Here are the different covers I have been lucky enough to get over the years. 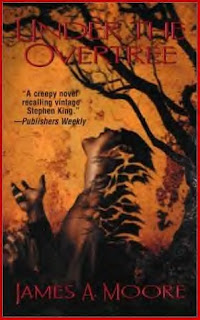 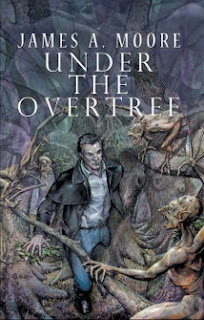 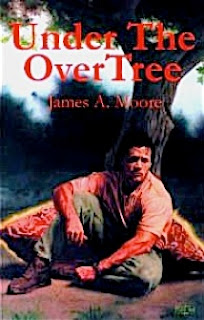