The Luck of the Irish Just Got REAL 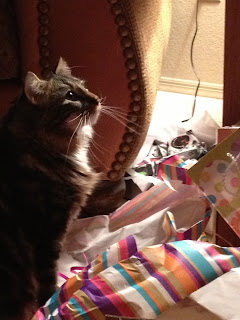 Hey, I'm a Kennedy - what did you expect?

I also come from the McGees and the Murrays and the Lamberts. The Irish Catholics are a strange and superstitious lot. The rituals of religions meld with the charms for good luck and no one questions decisions based on "a feeling."

My grandfather, Pat McGee, had all sorts of good luck rituals he followed - from the rose he affixed to his lapel for mass to the green he wore on St. Patrick's Day. He also spent the day drinking, going from bar to bar until he was more wasted than usual.

See, "the luck of the Irish" should be said with a bit of irony.

The Irish, while eternally optimistic believers in serendipity and the grace of the universe, are not a lucky people. They've been besieged with internal battles and external oppressors. Famine sent the Irish on such a mass exodus from their home that now four times as many Americans claim Irish ancestry as live in Ireland today. Though blessed with happy talents for words - both spoken and written - technology, music and other arts, the Irish are also plagued with the tendency to be at war with everyone and everything.

Most people with Irish blood know this, deep down. The possibility of sabotaging ourselves is ever present. Thus, the fervent belief in Good Luck.

That's all a long introduction to this week's topic, phrased from our calendar as:

What's Your Mojo? Sports has their lucky jock-straps; what do you wear/do to bring good-luck to your writing?

I used to have this dress I loved. It was one of those power outfits - comfortable, flattering and elicited compliments whenever I wore it. Made of a dusty, deep-blue jersey the color of summer twilight, I wore it everywhere for years, back in my mid-twenties. As it got frayed, I wore it around the house. Since I don't wear pajamas, this dress would be the first thing I put on in the morning when I rolled out of bed. When I got serious about writing, since I wrote first thing in the morning - because that was the advice I got over and over - that was what I wore.

It became my lucky dress.

See, when I became serious about writing - and by this, I mean a deliberate effort to not just write every day, but to create finished products instead of just fragments - good things happened fast. People liked what I wrote. The teacher and students in the first writing course I took said wonderful things to me. The first polished essay I produced was immediately published. An exclusive critique group invited me to join them. You have to understand that I had been focusing on science until that point and had no reason to think I had an any talent or ability for writing - just the relatively sudden conviction that it should be my life's goal. Receiving this kind of feedback felt amazing, incredible and .... Lucky.

I savored this fortunate turn, every day giving thanks that things were going my way. Being a good Irish girl, I knew my luck might not last. Never depend on next season's potato crop. But be gleeful and enjoy the now. Every time I sat down to write, I wore that dress.

One day, David, who is wonderful, supportive and has a low tolerance for raggedy clothes, told me to get rid of that dress already.

Sure, it might have had holes big enough to put my hands through, but it still - more or less - covered my body. "It's my lucky writing dress," I protested.

And he took me by the shoulders, saying, "My dear, the writing comes from you, not from the dress."

He was right, of course. But it took him telling me that, for me to see it. (This, by the way, is the best kind of partner to have - who lovingly and firmly points out when you're full of shit.) I got rid of the dress and survived the winter anyway.

Today I'll raise a glass of Jameson to Pat McGee - and to all of my intrepid ancestors who fought to survive, to journey to a new land and to make new lives for themselves and for those of us who followed after.