Six Thieves and a Ringer 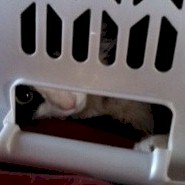 This week on Word Whores, we're trying a new game. One I've never played before. (No, not THAT. I've done THAT. Yes, and THAT, too.) We're going to do a sequential story.

Oh! But, being the whore that I am, even if I'm the sweet and demure sabbath day whore, all prim in my white dress and Sunday shoes, I have to mention my new sexy, arty romance Platinum comes out tomorrow!

Isn't that exciting?? I think it's Exciting!

Okay, okay - enough with the trailers of coming attractions. With no further ado, I give you:

SIX THIEVES AND A RINGER
Part 1

"Dammit," Dru snarled, “I told you to hold her still!”

“Look, sweetheart,” Boris the Bear answered, adjusting his grip on the spitting werecat, “if you can’t wield that sticker fast enough, it ain’t my problem.”

Dru darted in, slashing at the werecat’s belt, then cursed when a flailing claw caught her temple, sending a glossy lock of her emerald hair flying.

“You’d have better luck dehorning a Five-Horned Toe Beast,” Elietan observed, delicately sipping his mead and staying well out of the way of injury—or any potential body fluids.

“I didn’t steal your farging jewels.” The werecat managed to wedge a hind paw under one of Boris’s restraining arms, and kicked with claws flexed. She nearly sprang free, but Boris chuckled and held tight.

“If you didn’t, why were you lurking at Sorceress Seraphina’s party last night?” Dru sheathed her dagger, willing to find another way to get at the werecat’s purse, since their captive would be going nowhere soon, not in that bear-hold.

“Because,” Seraphina herself appeared on the next barstool, the radiant pink of a major hangover shimmering around her, “I hired her.”

“You might have told us.” Elietan pulled out the special bottle, the one he kept particularly for Seraphina and the mornings after her spectacular parties. “I was afraid Dru would start breaking my furniture next.”

“Not like it’s worth anything,” Dru muttered and glowered at Seraphina.

“Would someone make this bear put me down?” the werecat wailed.

“No,” they all replied at once.

“Hired her why?” Elietan asked and slid a soothing drink in front of Dru also.

“I’ll explain when the twins arrive.” Seraphina sniffed the air. “Here they come, if I’m not mistaken.”

The heavy door of the pub heaved open and, in a cloud of driving snow Trihalo and Metha swept in. Opposites in every way, from her narrow paleness to his swarthy fleshiness, they were nevertheless unmistakably related.

“Finally.” Seraphina swiveled on her stool, froze them in place with a simple spell and tossed back her hair. “Explain what happened last night.”