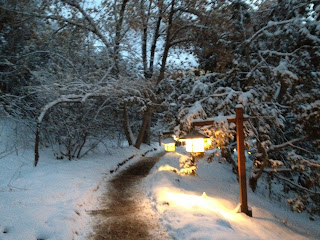 This week's theme is our favorite five books of the year. I kind of hate picking a favorite anything, but picking favorite books is particularly difficult, because it gets all wound up in friendships. I know that I'm biased towards my friends' books, because I love my friends and that love gets all wound up in what they've written. This is further complicated by not wanting to upset one friend by ranking another friend's book more highly.

It’s too bad, because I’ve been a reader far longer than I’ve been a writer—and, as every reader knows, talking about books is nearly as good as reading them. So I really wanted to make an effort to identify my five favorite reads of 2012.

Fortunately, I tried to build a strong habit this last year of tracking what I read in Goodreads. It’s not a perfect record, but I can’t include works in progress that I’ve read, which can be quite a lot. Also, if I really don’t like a book, I usually delete it from my shelves, rather than saying I don’t like it.

My version of “if you can’t say something nice, don’t say anything at all.”

Goodreads provided me with a nice graphic of my 2012 reads, ranked by the rating I gave them. I went through the five stars and then picked the ones that really stuck with me, for one reason or another. So here they are, in roughly the order I read them.

The Restorer by Amanda Stevens

Ironically, this one was not listed in Goodreads—but I fortunately had in the back of my head that it should be on this list. The reason I didn’t track it was because I was given this book to read to judge for RWA’s RITA contest. We’re not supposed to reveal which books we’re reading, so it’s all secret-like at the time. I love the serendipity of this one, because I never would have picked it up on my own.

Wonderful story, full of ambience and an unusual heroine, strong and interesting in all the right ways. I gave it a perfect score and was delighted to see that it finaled in the contest.

This one had been in my “pile” for some time and I finally picked it up—and was so glad I did. It’s a dense, fascinating world with a meticulously thought-out mythology. I loved that it ended in a way I didn’t expect. Beautifully done book.

The Disillusionists Trilogy by Carolyn Crane

So, alert readers might cry foul at this point, since Carolyn Crane is not only a sister Word Whore, but is also one of my critique partners and friends. BUT—and this is a very important caveat—she was none of those things when I read this amazing urban fantasy trilogy. Yes, I loved all three of these books. They are psychologically complex, with a hero to die for and a truly unique team of broken superheroes. This series was that rare encounter with story crack—I gobbled up one book after another, desperately thankful for that Kindle one-click instant gratification that let me buy the next book as soon as I finished the last page of the previous one.

Then I stalked Carolyn, made her be my friend and the Word Whores invited her into the bordello. So, I think this is fair.

I just this moment finished this one. I’m typing this in the car on December 23, on my way to Christmas with the family. That’s part of why I’m posting so late in the day—I had to be sure. And wow. I met Graham at World Fantasy Convention in November. He was part of a panel I moderated on the role of the changeling in fantasy stories. I read some pages from his book, as a way of preparing (I did with everyone on the panel), and then bought the book.

You can tell by the timing that I set it down for a while. This was largely because I was writing A LOT in November and the first part of December. When I did read, I wanted fluffier stuff. This is not a fluffy book—it’s a compelling, deep and unsettling book. I confess I wasn’t sure how I would rate it because I didn’t see how the ending could live up to the set-up. And then… it totally did. I got to the last few pages and LOVED how it ended. I’ll be thinking about this book for a long time.

This was kind of fun!