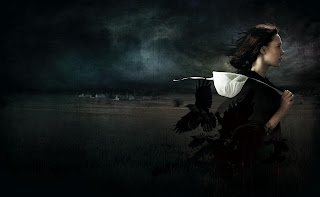 This week's theme is: What Surprised You About Being an Author?

I've been mulling this over for the last few days. There's a couple of lenses to look through on this one, I think. One would be, what I've discovered that I didn't expect about devoting myself to writing, to becoming this person who is defined by my art, to being a Writer with a capital W. Of course, that part pretty much has to happen first. The second part being, what it's like being a professional Author, a person who gets paid to make up stories, with a capital A.

Writing is a funny profession that way - you have to BE the thing before you can have the career. I mean, for my other career, I'm an environmental consultant. I work primarily on drinking water and I'm one of a very few people who know a whole bunch about all the ins and outs of the Safe Drinking Water Act (SDWA). I'm kind of a national expert on the topic. Now, did I study SDWA and present myself for a job as a potential national expert and auditor? No freaking way!

They hired me because I had an MS in biology and good writing skills. I went on my first audit knowing thing zero about drinking water, except that it comes out of the tap, and having barely skimmed the Code of Federal Regulations that applies to SDWA. (If you've ever tried to read a federal reg, you'll understand why - it's not something you sit down and read.) They assured me I'd learn on the job, which I did. Which is also what I've done on most every job I've ever had - and I imagine what most of you have done, too.

I guess you could say that my graduate degree was equivalent to the time I spent learning what it took to become a Writer. But a lot of people out there have masters degrees in writing and they still have to effect this personal transformation. It's not enough just to write stories, and certainly not enough just to talk about writing stories. And it has nothing to do with whether you manage to sell your work, although if that's not the goal, then the writing loses half of its meaning - the being read part.

Becoming a Writer means a fundamental shift in world view and priorities. It suffuses everything you do and turns you into a different person than you would have been otherwise.

I kind of figured that I was grown up and knew who I was. I had no idea that I might become someone else altogether.

I would also say that this change has only happened in the last three years. Which might surprise some of you, because I started writing in 1996, had my first book published in 2004. This came home to me the other day when I emailed with my former editor at the university press that published that 2004 book. She said "I think you're the only real writer I know." I didn't understand what she meant because, hello, she's a professional and freelance editor, surrounded by writers. She said I was the only one she knows who's actually writing all the time and producing work.

This surprised me, too.

After all, I want writing to be my career. I want to make that mountainous transition to making a living from my writing, instead of the environmental consulting. Therefore, I treat writing as a job. I used to call it my second job, now I call it my second career. As I wrote this, I wondered what my distinction was between "job" and "career." Dictionary.com says a career is:


1. an occupation or profession, especially one requiring special training, followed as one's lifework: He sought a career as a lawyer.
2. a person's progress or general course of action through life or through a phase of life, as in some profession or undertaking: His career as a soldier ended with the armistice.

I love that idea of lifework. I've been doing the environmental consulting gig for 15 years - my anniversary is next month - and, though I refer to it as career, it's never been my lifework. Definitely a big phase of my life, however.

It's funny - before you're published, you think that passing that line is what will transform you from Writer to Author. From aspirant to professional. And sure - it makes a hella difference, don't get me wrong. Still, that's like finally scoring the entry level position. You still have a career to build, one book after another, establishing your reputation, gradually making more money, avoiding the colleagues from hell and networking with the really great people.

In the end, being an Author (and I hope you all understand these are Jeffe's Arbitrary Distinctions, between Writer and Author - your mileage may vary) is not this glamorous or fancy elevation in status. It's a career like any other. You have to work hard and 40 hours a week probably won't get you to the top. You have to navigate the alligator pits. Being an idealist about your work is all well and good, but being a realist about the industry will serve you better.

More and more, I find myself handling my writing career with the same skills I use in my environmental consulting one. I chart out deadlines and plan my work. I delegate what tasks I can. I take both of jobs seriously and commit to them with my utmost ability, as I always expected to treat any career I took on.

And this part? Hasn't surprised me one bit.

Email ThisBlogThis!Share to TwitterShare to FacebookShare to Pinterest
Labels: Jeffe Kennedy, Laura Bickle, The Hallowed Ones, what surprised me about being an author