A Sliver of Bacon 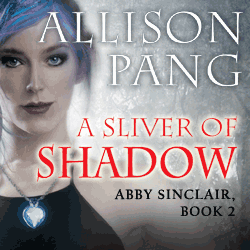 I mean - why would I? Sometimes restaurants or family offered it with other breakfast foods. There's an appetizer I make at Christmas sometimes, where shrimp are wrapped with bacon and drizzled with Balsamic vinegar and rosemary - those are yummy. But otherwise, bacon was just something that wasn't particularly good for me that didn't cause me much heartbreak because I could take or leave it.

Then I met Allison.

She takes love of bacon and elevates it beyond obsession and makes it into an art form. A horrifying art form, from time to time - you wouldn't believe the bacon monstrosities she discovers and posts pictures of. But her love is strong and sincere, akin to the devotion Linus has for the Great Pumpkin.

When I first read A Brush of Darkness, in one of its early incarnations, I remarked on how often bacon appears in the book. I think Allison even removed some of the references at my suggestion. So, when her agent asked her to take out a few more, I just laughed and laughed.

Turns out there IS such a thing as too much bacon, Allison!

I'm proud and delighted to see Allison's second book come out on Tuesday. She'll be over at my personal blog tomorrow, giving away a special something to a lucky commenter. And A Sliver of Shadow is available for pre-order right now. I can't promise that there's bacon in it.

Knowing Allison, though, there will be.