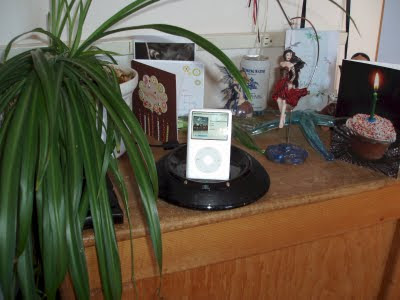 Regular readers here and on my personal blog know I'm big on writing rituals to get and keep the flow. Music can be a big part of that.

Back when I first really got serious about being a writer, which meant, um, actually writing instead of just talking about it, music was a major tool.

I needed something back then to put my mind in the right mode to write, because I had no good habits. Okay, I needed a bunch of somethings, but that was a biggie for me. So I wrote to the soundtrack for The Mission. Every time.

Even now those opening strains light me up and make me want to write.

I don't listen to it as often now, but this music is like an old friend, the fallback sounds I can count on to dig me out of the deepest hole.

OBSIDIAN was written pretty much entirely to this soundtrack.

When I started my second novel, THE BODY GIFT, I wanted to try something different. There were two songs at the time that really were lighting me up. They still do it for me.

This isn't the exact version of Antje Duvekot's Merry-Go-Round that I listen to, but I like this live acoustic version, too. And no, I've never seen the commercial she talks about either.

The other is Imogen Heap's Hide and Seek. The official music video for it turns out to be kind of cool - and hugely bracketed by obnoxious ads that you can't make go away. I didn't want to pollute your little minds with that crap, so this is just the lyrics running by.

The final piece is the great boon to my life that is Genius on iTunes. I took these two songs and created a playlist of just shy of 300 songs that I call my Rowan playlist. Rowan is the heroine in TBG and this music is really all about her.

I'm not sure I could exactly explain why.

These days, I mostly write in silence. Sometimes I put on the Rowan playlist. Sometimes the Writing playlist, which now consists of soundtracks from The Mission, Master & Commander and Billy Joel's Fantasies and Delusions.

I know. I've been accused of giving people musical whiplash.

Extra points if you can identify the duet on the iPod - another of my all-time favorites.