Picking a Place to Live 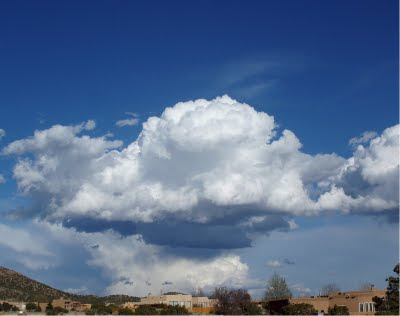 Mostly because it's beautiful.

This is the first place I've ever lived "on purpose." I was born in the Deep South and spent the first three years of my life on southern Air Force bases. After my father died, we returned to my mother's home town of Denver, where I proceeded to grown up. I spent four years in St. Louis for college, then ended up in Laramie, Wyoming for grad school.

That was semi-on-purpose. Living in the Midwest, I found I greatly missed the Rocky Mountain West. The place and the opportunity came together for me. What wasn't as deliberate? Living there for just over twenty years.

These things just kind of happen, I think. For me, I met a guy and fell in love. His job was there. I found a job there. We bought a house, then we bought a prettier house. We were part of things there, with many friends. We were entrenched, even.

Eventually, entrenched can mean stagnant. It was for us.

So, when David decided enough was enough, that he'd done this job - also one he'd kind of fallen into - for twenty-five years and he really didn't want to put in another fifteen, that he'd take early retirement and go back to school to do something he really wanted to do, we also factored in living where we wanted to.

It was fun, sorting through the possible schools and looking at the cities, the landscapes, the potential.

We picked Santa Fe for its landscape, the vistas, the way the city blends into the hillsides, a harmonious piece of it all.

Now, he's a year out from graduation and once again we get to choose where to go next. We're thinking the ocean. Warm coastal.

The world is a candy store, full of sweet and lovely possibilities.

We are lucky, indeed.

Email ThisBlogThis!Share to TwitterShare to FacebookShare to Pinterest
Labels: Jeffe Kennedy, Why I Live Where I Live