Eating Me Some Crow 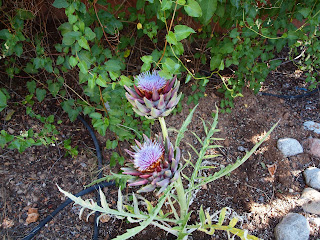 But that's not what I'm eating crow about. This week's topic in the Bordello is: What did you say you’d never do in a book, and then did?

I try to be really careful not to say I'll never do something, because Future Jeffe will no doubt prove me wrong at some point. I really think I'd never kill off the hero or heroine, because it so profoundly violates the reader contract. I don't see myself ever pulling a Veronica Roth or even a George R.R. Martin. However, I *have* killed off characters that readers were surprised I did.

The one time I really had to eat crow on this topic - and part of why I now try to be careful about such sweeping statements - came about while eating lunch at a conference with a friend who writes science-fiction romance. We were talking about her books and mine, what we planned to write, the market - all those things writers discuss. And I said that I would never write a science fiction story, that it just wasn't in me.

She blinked at me. Then said, "Besides the one you already wrote?"

She was absolutely right. One of the very first fiction stories I wrote during my transition from essayist to novelist, was sci fi. PEARL. I sold it to the now defunct Aeon Magazine and have since self-published it. It's a decent little story, though I'm a better writer now and there are things I'd change.

Isn't that always the case?

Still, I love the concept and may revisit that story someday. If I make the story longer, as I now have the skills to do, I could take the romance somewhere interesting. In fact, thinking about it now makes me really want to do it. Hmm...

At any rate, that was my big eating crow moment. What about you all - anything you swore you'd never do and then did? Or that someone reminded you that you'd already done? >_<