Whatever DID Happen to That Series?? 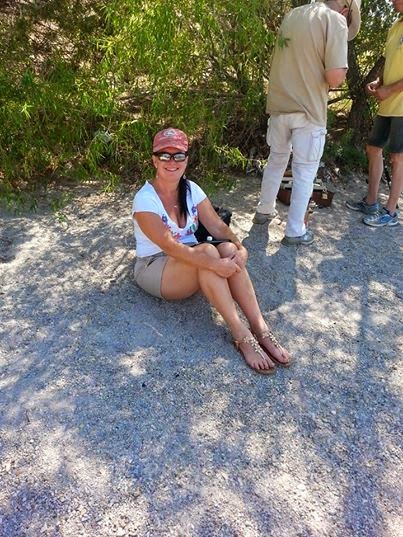 So, this is what happened to me over the weekend and why KAK stepped in to take over my post on Sunday. It's pretty rare to find places without internet or cell service these days, but this place we stayed on the Mogollon Ridge near the Gila Wilderness is one. Thanks for the emergency help, KAK!

As KAK introduced Sunday, this week's topic is about how to handle the cancellation of a series.

- One gal received a two-book deal from a major NYC publisher, via her very high-profile agent, with an option for the third book. The books were planned as a trilogy. Before the first book even hit the shelves, the acquiring editor left and the series was orphaned. The editor who grudgingly took up the slack barely looked at book 2. Though the first two books did very well and gained a substantial following - AND though book 2 ended on a cliffhanger, as planned all along - the series had no champion at the publisher and the option book, book 3, was declined. The author took book 3 to a primarily digital publisher, who did a lovely job of matching the covers. But there was a delay in producing the third book and readers, especially those who had to wait more than a year for the print version, were not pleased.

- Another gal sold two, two-book deals to a mid-sized but reputable press. Both were planned as longer series, at least for three. After the contract, the press was acquired by a major NYC publisher and the option books for both series were declined. Though readers have asked for more in those series, the author hasn't wanted to face the gauntlet of dealing with character/world reversion of rights and has pursued other projects instead.

- Another friend sold a three-book deal to a major NYC publisher, so she was able to complete the trilogy with them as she envisioned it. However, the original acquiring editor passed the first book on to a junior editor, who then left the publishing house. As with the first story here, another editor grudgingly took on book 2 and then a third took book 3. The option book was declined, thus ending more books in that series, unless the author revisits her rights and so forth.

I've been fortunate that this hasn't happened to me. Part of this is because, as I seem to do with most things, I kind of took the crooked path. My website makes it look like I have eight series at this point. That's kind of misleading because the OTHER WORKS and FAIRYTALE EROTICA "series" are really just genre categories that my website designer made up, just to have a place to put things.

See how I am? Defying easy shelving even on my own website!

That leaves six "series," none of which ran the risk of that ugly cancellation problem. Here's why:

Book one in this series is Feeding the Vampire. Very short. It started as kind of a wayward idea and, when an Ellora's Cave editor asked me for something, I polished it up and sent her that. She wanted another, preferably linked, so I wrote Hunting the Siren, which takes place in the same world, but with different characters. My editor wanted to give it a series title, so she asked me to propose a third book, because those are the EC rules - no series title until you have three books. I did and we picked "Blood Currency." I've never written that third book, mainly because I had other contracted deadlines and then my editor left, so now I don't have much incentive. If anything, readers seem to want more of the characters in Feeding the Vampire, so maybe I'll do that some day.

First I wrote Rogue's Pawn and eventually sold it to Carina Press. When I originally conceived of the series, I was a newbie and foolish with it, thinking it could be as many as seven books. It took so long to sell that book that I wrote a couple of others in the mean time - novels in totally new series - one of which became The Mark of the Tala (see under The Twelve Kingdoms below). Then two surprising things happened: Rogue's Pawn finally sold and readers seemed to feel it ended on a cliffhanger. NOT what I had intended. But I wanted to continue the story, so that part was easy. Knowing better by then, and certain my Carina Press editor would not like the idea of six more books to finish - plus knowing of my case studies above - I sketched out two more books in that series, to make a complete trilogy, and sold them to Carina on proposal. The second, Rogue's Possession, came out last year and the third, Rogue's Paradise, comes out September 8. I'd like to write more in this world, but have no particular plans right now.

Master of the Opera

This is a serial novel I did with Kensington and not really a series at all. I wrote it all at once and it was entirely in the can before the first installment was published. No concerns about cancellation there.

When I sold book one, The Mark of the Tala, to Kensington, I had the next two books sketched out. With those and the completed book one, my agent got a three-book deal for me. I've just turned in the third book. We'll have to talk about what the option book will be, but readers are already asking for a fourth book (Dafne's story, for those wondering). Maybe? We shall see!